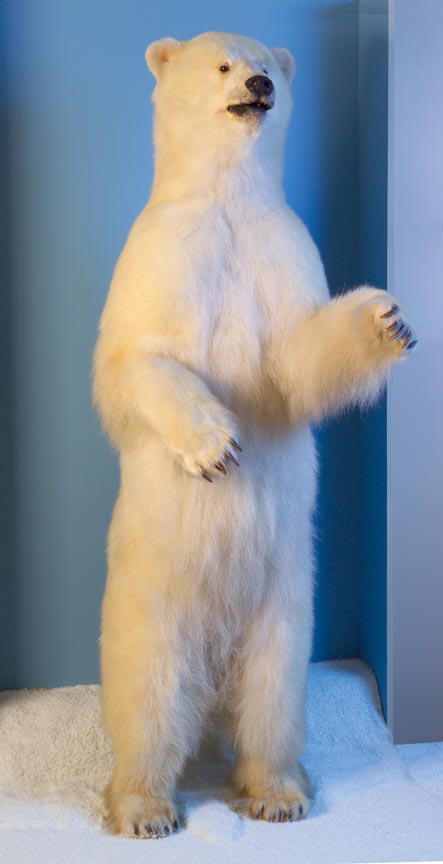 Snowball was a 3-month-old female polar bear cub when she arrived in Springfield in 1951. Air Force Captain William McGeary had traded a box of fish hooks to an Inuit for the orphaned cub and soon, Snowball was on a flight from Labrador to Westover Air Reserve Base in Chicopee. She quickly became a permanent fixture at the Forest Park Zoo.

Incidentally, Dr. Seuss’s father, Theodor Geisel, was the Zoo’s superintendent at the time. Is it any wonder where Dr. Seuss got some of the ideas for his books?

Visitors took a special interest in watching the little white cub grow from 25 pounds to a 600-pound adult, but her presence at the Zoo also was controversial, especially when she would languish during the heat of the summer.

In 1972, Snowball made headlines when she attacked a teenage girl who had foolishly climbed a fence and stuck her arm into the cage. A policeman shot the polar bear in order to free the girl. Snowball survived but lost an eye during the incident.

Snowball died seven years later, at the age of 29, and was donated to the Science Museum. Thanks to a generous gift from Mr. and Mrs. H. Philip Chapman, Jr., she was mounted by expert taxidermist and former Science Museum Director Glen Ives. Ives chose the standing pose as it is a natural position polar bears assume when they are on ice floes searching for seals. He also wanted a non-threatening pose to avoid scaring our young visitors. 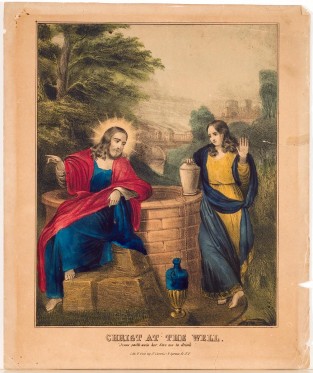 Christ at the Well, Nathaniel Currier

Christ seated on step aside well. Wears a blue gown and red robe. He faces woman, but points out at… 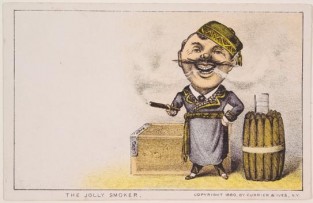 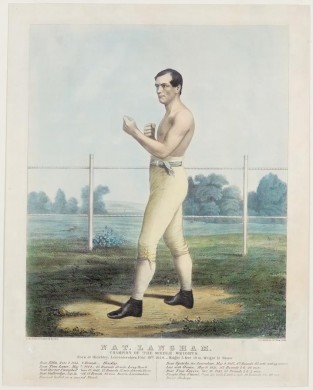 Shirtless man standing in boxing pose at center of image in a fenced in area facing to left in image.…