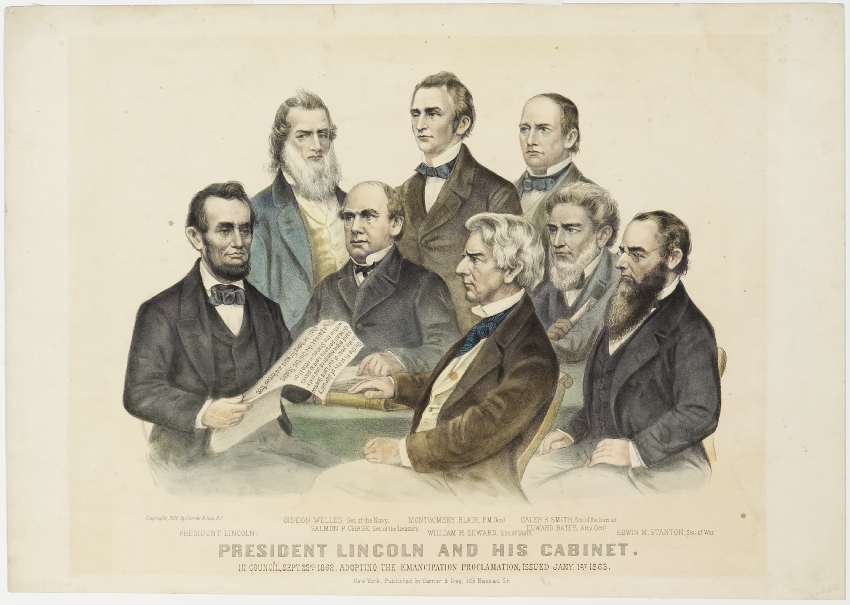 Almost from the beginning of President Lincoln’s administration, he was pressured by abolitionists and radical Republicans to issue an Emancipation Proclamation. Although Lincoln approved of freeing slaves, he postponed action against slavery until he believed he had wider support from the American people. On January 1, 1863, after increasing public abhorrence towards slavery, Lincoln issued the Emancipation Proclamation. The document declared the freedom of all slaves in Confederate territory not already under Union control. Though its immediate impact freed few of the slave population, thousands more slaves were liberated as the Union armies advanced. Eventually, close to four million slaves were freed through the declaration of the Emancipation Proclamation. 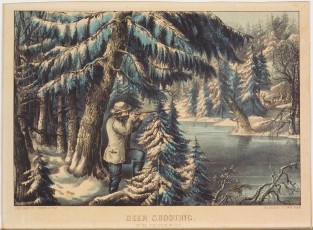 Hunter to left of center aiming rifle at deer across river. Predominantly blue only color. 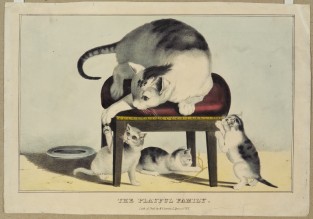 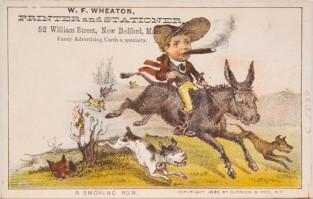