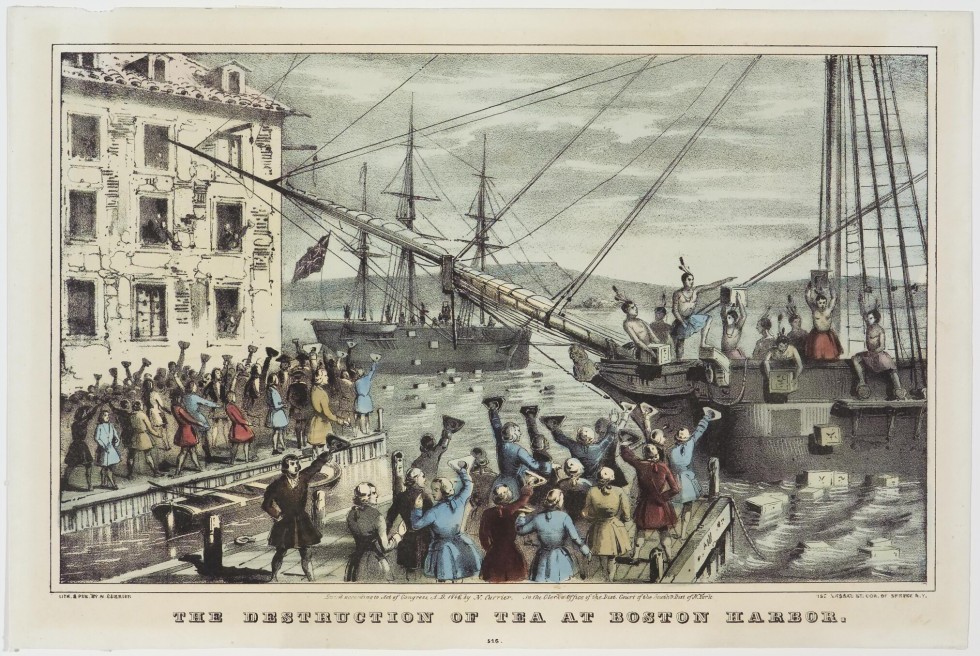 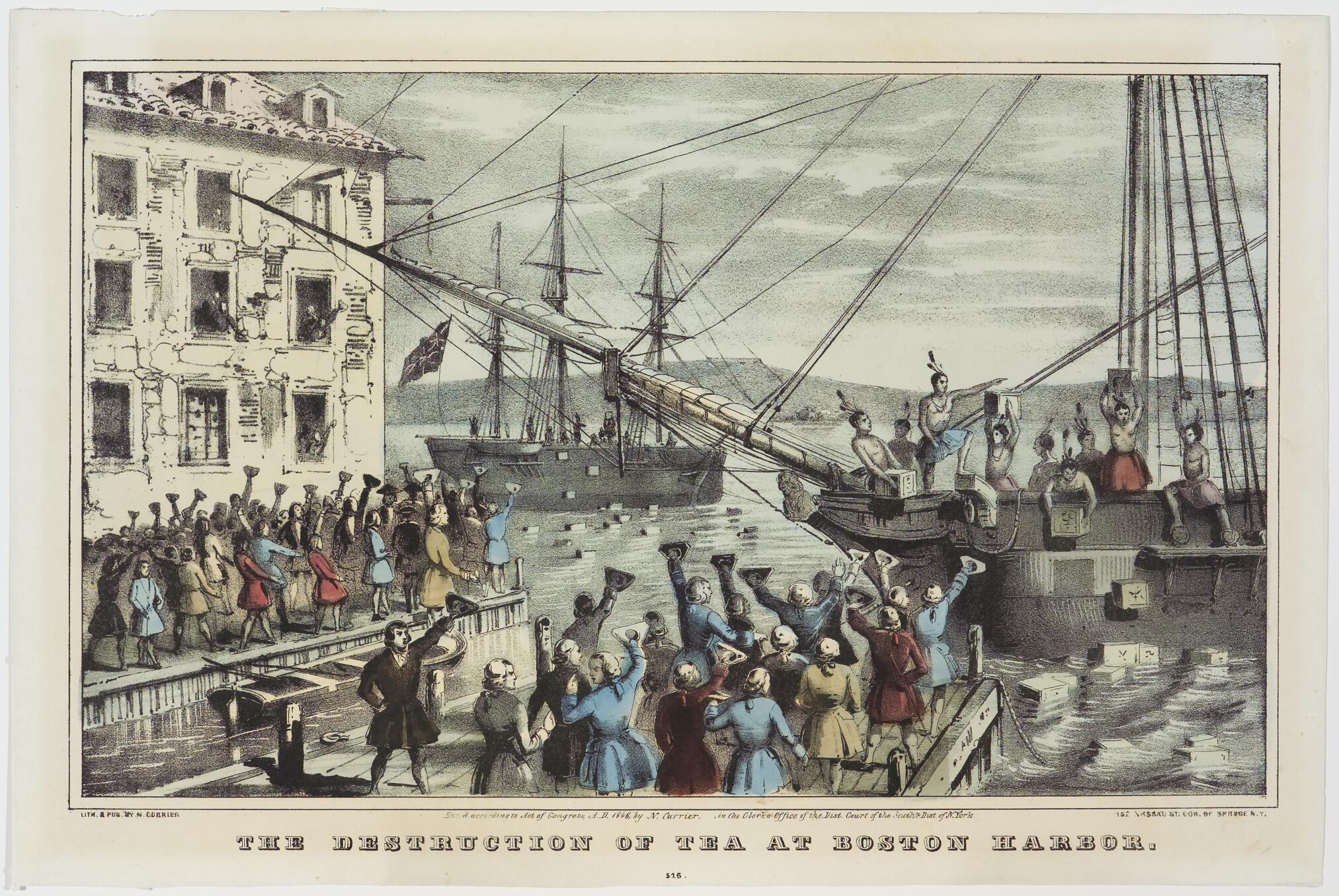 Ship at right in harbor with Native Americans tossing crates off ship into water. Dock full of men-raising their hats.

On the evening of December 16, 1773, a group of men disguised as Mohawk Indians and who called themselves the Sons of Liberty, boarded three ships and dumped 342 chests of tea into the Boston Harbor. Of the many important Revolutionary events captured by Currier & Ives in their lithographs, The Destruction of Tea at Boston Harbor was one of the most popular. The image reflected the spirit of the people united against British authority and in support of the New Republic. 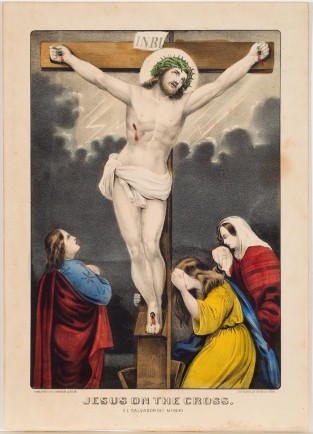 Jesus on the Cross, Currier & Ives

Jesus at center on cross. Three women at his feet. One at left looking up at him, two on right… 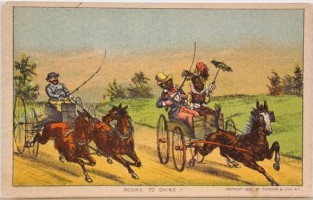 Trade Card:Rider and duo horse team riding at left and couple in buckboard riding at right. 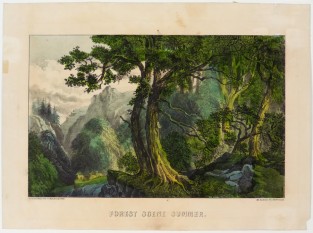 Woodland scene - trees to right, valley to left foreground with three standing and one lying down deer. Cliffs to…