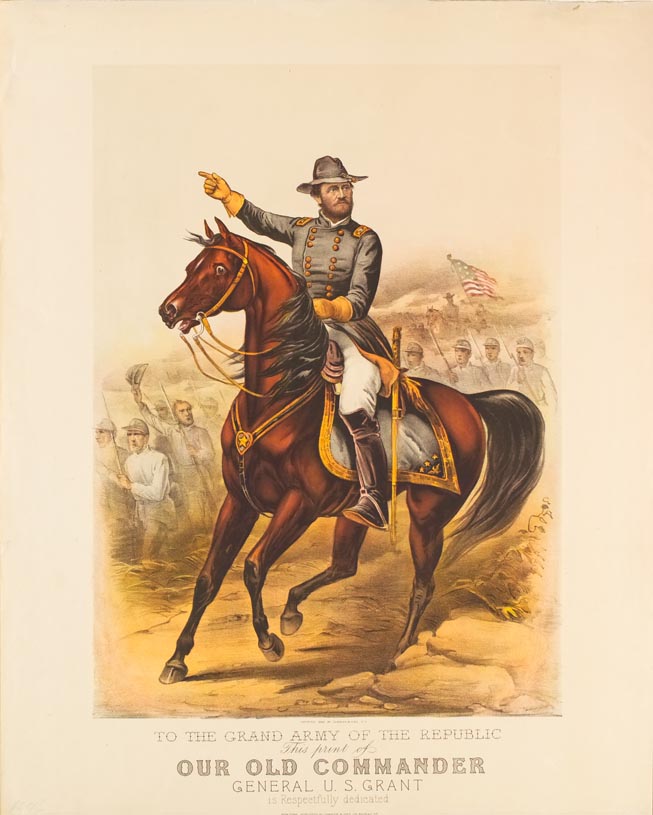 Horses were a favored subject for Currier & Ives lithographs, whether shown in horse races or in images that celebrated important moments in American history. This action scene demonstrates the artistry behind illustrating horses in motion, as the horses muscles are realistically defined. Nearby, the watercolor on view by Thomas Worth is similar in its approach and is an example of how artists created paintings in preparation for a lithograph’s design. Several artists produced equestrian prints for the Currier & Ives firm, including James Cameron, Scott Leighton, Nicholas Savonry and Thomas Worth. In this scene, Currier & Ives used Grant’s fighting spirit as a symbol of triumph. The pointed action of Grant’s gesture, the movement of his horse and the charge of his men, served as a reminder of the perseverance of the Union. After the Civil War, President Lincoln was recognized for his ideological victories and General Ulysses S. Grant was seen as the instrument of the President’s success. When critics called for Grant’s removal after heavy losses during the War, Lincoln advocated on his behalf stating, “I can’t spare this man – He fights.” In 1864, Lincoln appointed Grant as General-in-Chief and a year later Grant wrote the terms of General Lee’s surrender. Gift of Lenore B. and Sidney A. Alpert, supplemented with Museum Acquisition Funds 2004.D03.502 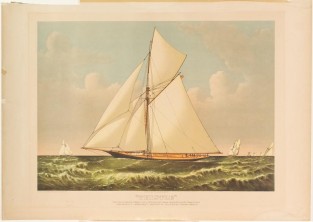 Ship sailing to left in image with one small ship in left background; six small ships sailing in right in… 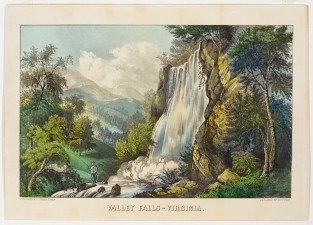 Waterfalls in center with cliff and trees to right. Woods and mountains to left of river. Fisherman standing along river… 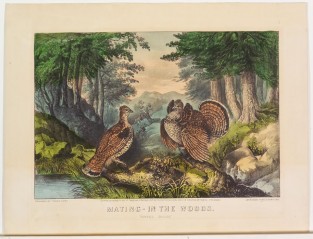 Pair of grouse at center in woodland scene by stream.