Jack & Jackie: The Kennedys in the White House

Focused and elegant, the first family made a lasting impression on our nation.

In collaboration with the Smithsonian Institution and private collectors, this exhibition explores the legacy of the Kennedys as promoters of art, culture, and elegance. Twenty-seven iconic photographs of the first family by Richard Avedon, on loan from the National Museum of American History, anchor the exhibition, providing a glimpse into the Kennedys’ personal life while also documenting their public image. Avedon was the only photographer who was allowed to take official photographs of Kennedy, Jackie, and their children, Caroline and John, between the time that he was elected in 1960 and Inauguration Day. He took this series of photos for Harper’s Bazaar on the same day the U.S. ended ties with Cuba.

The exhibit also features costumes and props from the acclaimed REELZ miniseries The Kennedys. The 2011 series starred Greg Kinnear as Jack Kennedy, Katie Holmes as Jackie Kennedy. The dresses and props from this series will be immediately recognizable to those who have seen photographs of the first family.

One gallery is devoted to a recreation of the Oval Office—with photo opportunities available sitting at the Resolute Desk.

During the “White House years,” President Kennedy advocated for human rights, strengthened connections with allies, and oversaw the growth of the U.S. economy. He also advocated for the arts in a way that surpassed any president before him. He invited Robert Frost to read a poem at his inauguration, making Frost the first poet to be included in this way. Kennedy created the groundwork that would one day become the National Endowment for the Arts. He said: “As a great democratic society, we have a special responsibility to the arts, for art is the great democrat calling forth creative genius from every sector of society, disregarding race or religion or wealth or color. Thus, in our fulfillment of these responsibilities toward the arts lies our unique achievement as a free society.”

First Lady Jackie Kennedy, also an avid supporter of the arts, took a historical role in the restoration of the White House. Her contribution to its collection of art and historical furnishings, her leadership in historic preservation, and her work as a traveling ambassador solidified her place in the hearts of Americans as an advocate for creativity and beauty alongside her husband. 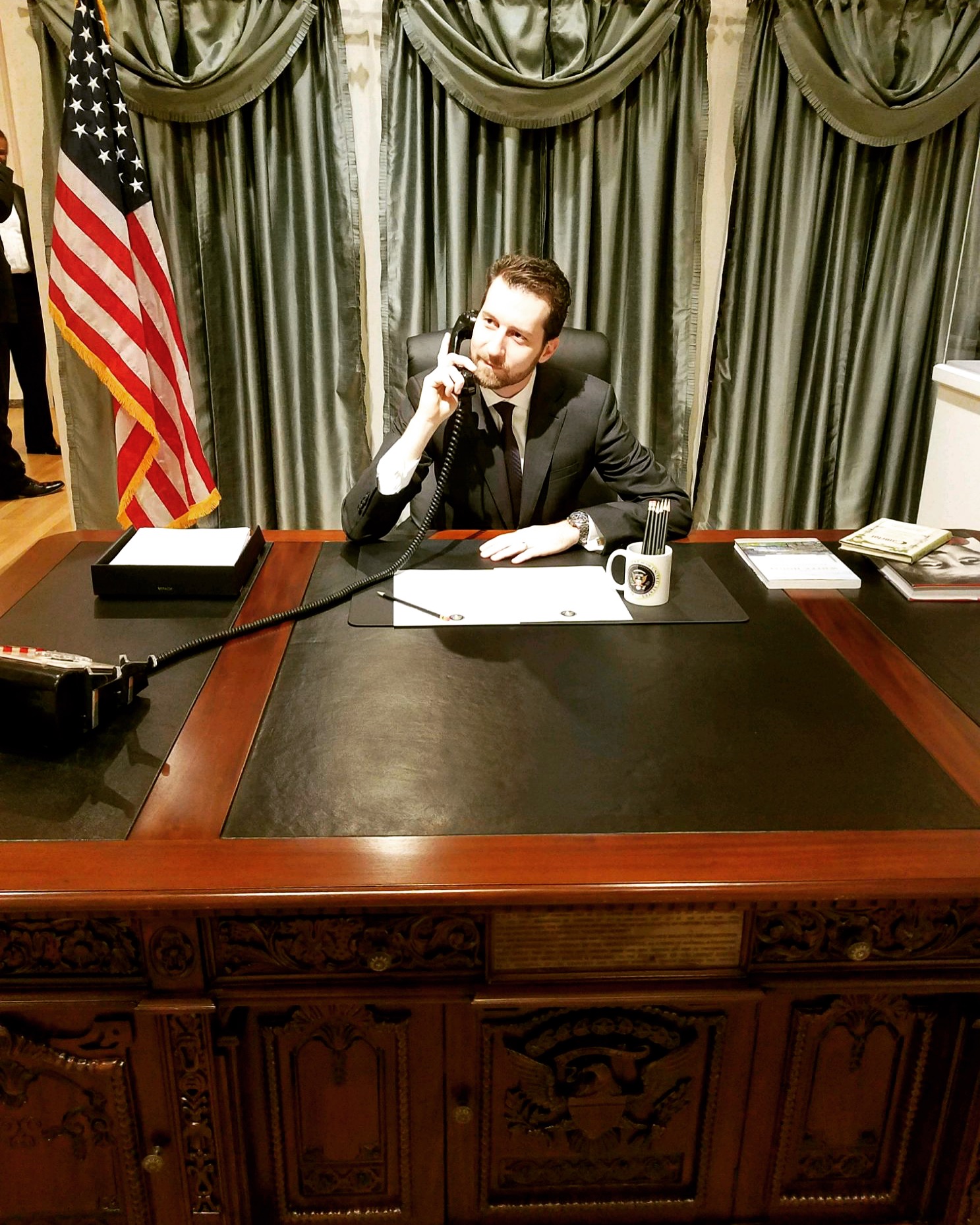 Feeling presidential? Snap a selfie at our Resolute Desk and share with #atthemuseums!

Photos by Richard Avedon, courtesy of the National Museum of American History.