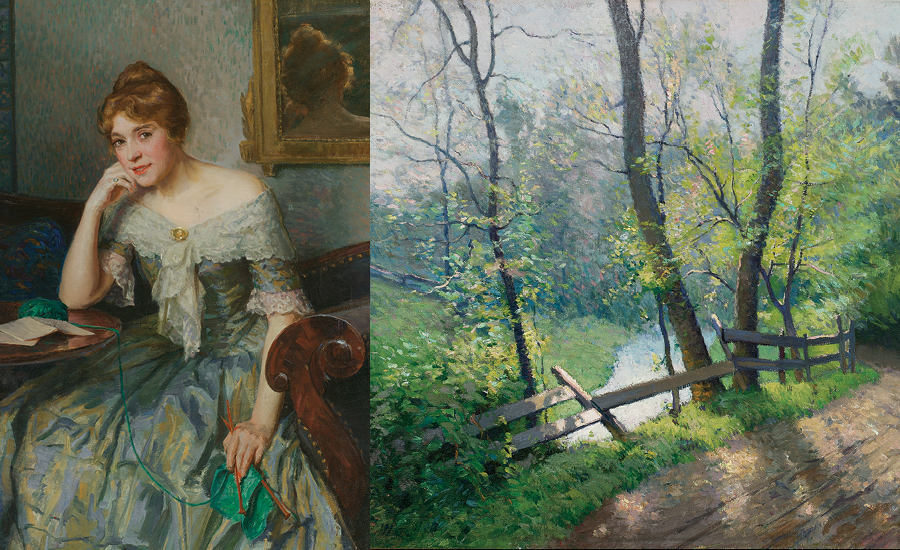 Who were William Jurian Kaula and Lee Lufkin Kaula? Why have many of us never heard of them?

Part of the Museums’ Rediscovering American Artists series, Two Lives, One Passion will introduce visitors to the Kaulas through their paintings and sketches, photographs of the artists, furniture and accessories from their homes and studios. Although the artists did not achieve a dominant place in the historiography of Boston’s art and culture, they demonstrate through their remarkable art and their story the enduring quality of an undaunted spirit, the pursuit of excellence, and the sustaining value of love.

The Kaulas met each other in the late 1800s while painting in the countryside of Crecy, France, and they married in 1902. They were among the first occupants at the Fenway Studio Building on Ipswich Street in Boston. They shared a studio working side-by-side until William’s death in 1953. The couple painted and summered in New Ipswich, New Hampshire, and both painters were influenced by Edmund C. Tarbell, leader of the Boston School of painting, an American brand of Impressionism marked by the importance of academic drawing.

William, who pursued landscape drawing and painting, sought accuracy in capturing clouds, particularly cumulus clouds. One might initially see his dozens upon dozens of landscapes as similar until one looks with the lens of scientific accuracy. Then the ideas of botany, atmospheric conditions, and the chemistry of the landscape blossom and billow in a way that makes his landscapes something far more than pigment on canvas. He captured a spontaneous moment, through a careful, laborious process. New England atmospheric conditions were particularly conducive to his pursuit and he became an expert at the form of the cloud.

Lee’s work is immediately arresting for its emotional impact and aesthetic beauty—she concentrated on portraits of women and children, and included scenes of children at play. The women are dressed in sumptuously colorful and textured clothing, in domestic, interior settings. Contemporaneous reviewers mention the subtlety of gesture that adds a layer of joy and mystery to each portrait, drawing the viewer closer to the personality of the woman depicted. The only portraits she painted of men are of her father and her husband, both of which are wonderfully warm and emotive.

Guest curated by Carol Scollans, Senior Lecturer of Art History for the Art Department at the University of Massachusetts, Boston, from the collection of Stanley B. Fry and Fry Fine Art. 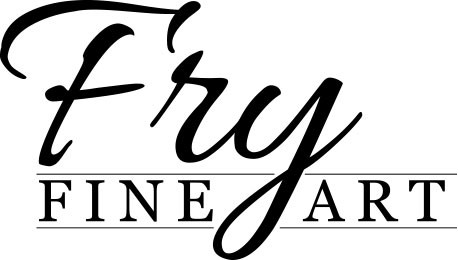 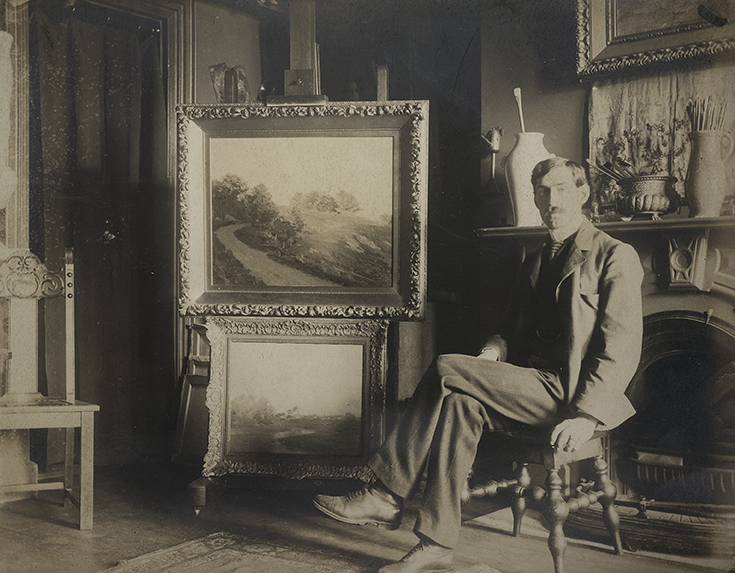 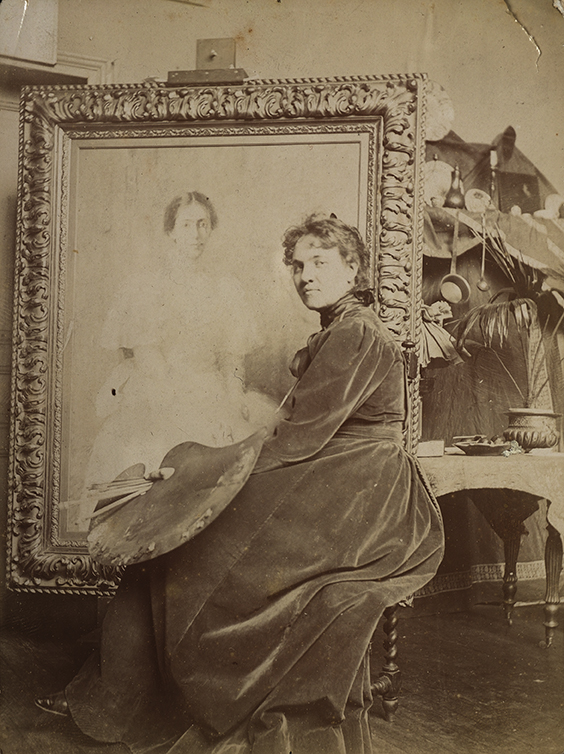