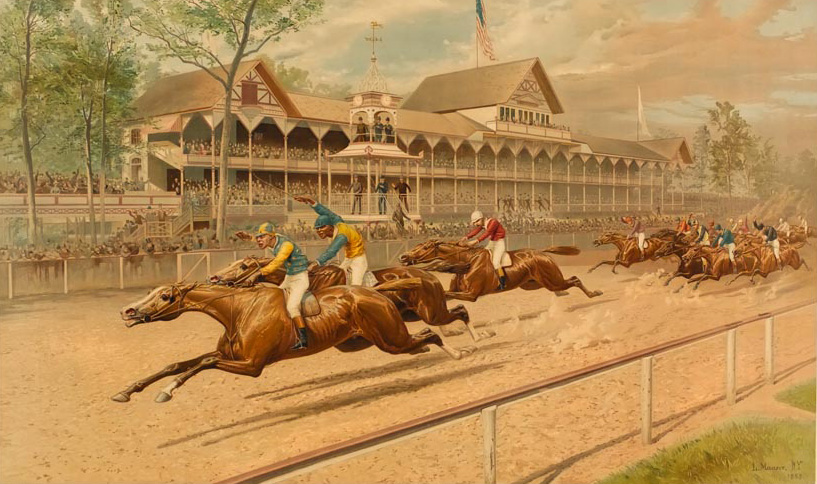 Off to the Races! Horse Racing in Currier & Ives Prints

Overshadowed by new pastimes like baseball and football today, horseracing was wildly popular during the 19th century. The Currier & Ives lithography firm, founded by Nathaniel Currier & James Merritt Ives helped to document the sport’s heyday by mass-producing images of important races and their competitors. Of the approximately 7000 prints produced by Currier & Ives between 1834-1907, more than 750 of them were related to horseracing.

The images on view in this exhibition capture newsworthy horseraces, depict favorite thoroughbreds, and provide a glimpse into America’s early racetracks. During the 1800s, trotting races, sulky competitions and the practice of breeding thoroughbred horses was a fashionable pastime for the wealthy. Middle class men, who typically kept horses, took part in amateur races which were held on country roads or city streets, a practice that became increasingly dangerous. After the civil war, it became affordable and legal for anyone to place a bet on the races, opening the sport to a range of spectators.

The Currier & Ives lithograph firm was America’s longest running printing establishment, through a span of 73 years. The firm closed down in 1907, as a result of the introduction of photography. 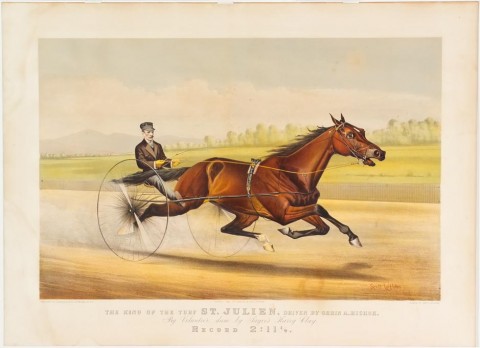 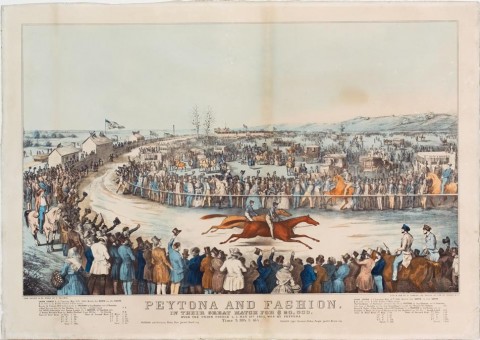 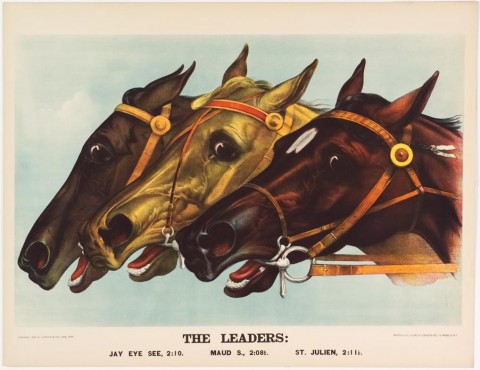