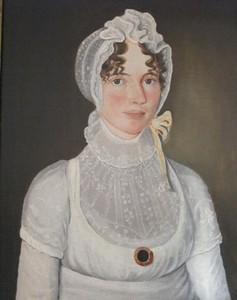 Developed with the assistance of local historian and guest curator Frances Gagnon, this exhibition describes the challenges and accomplishments of a dozen women from Springfield’s past. From the daughter of the city's 17th-century founder to a 20th-century entrepreneur, these women are representative of many others who labored, often without recognition or compensation, to enhance life in the city. Features photos, video, portraits, archival documents, collections objects and more.