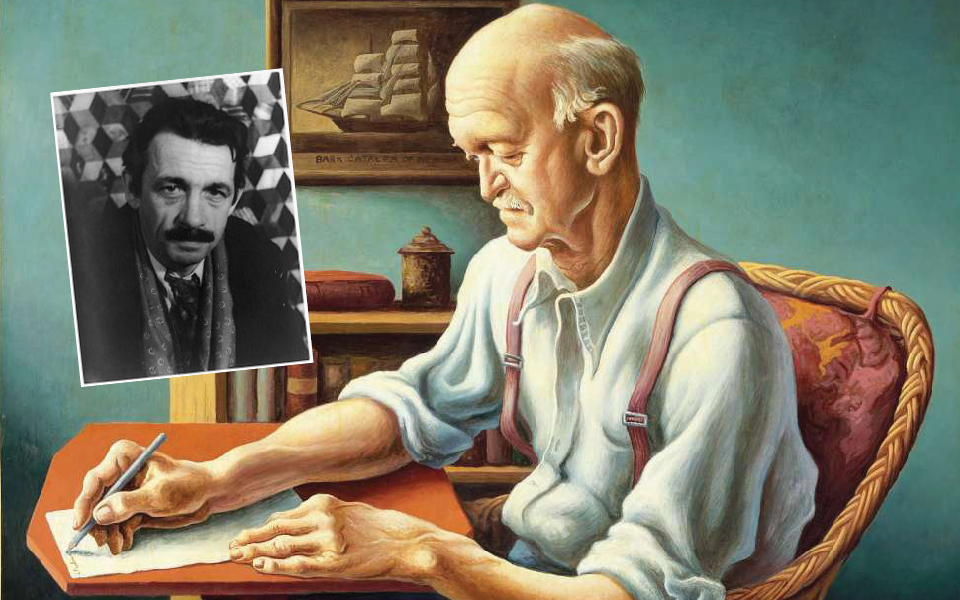 In celebration of the Thomas Hart Benton masterpiece on loan from the Museum of Fine Arts, Boston, this event will delve into the artist’s identity while exploring the themes present his work New England Editor.

Ongoing
Tour the Early 20th Century Gallery with our knowledgeable docents.
Listen to the album Saturday Night at Tom Benton’s, on which the artist himself played the harmonica.
Enjoy complimentary refreshments.

Noon & 1:30 pm
Thomas Hart Benton: This PBS documentary by Ken Burns explores the life and ideals of American artist Thomas Hart Benton through interviews with his friends, rivals, fans, family and critics and, additionally, spotlights his paintings and murals (85 minutes).

2 pm
Live performance by the Boston Typewriter Orchestra: A collective endeavor which engages in rhythmic typewriter manipulation combined with elements of performance, comedy and satire.