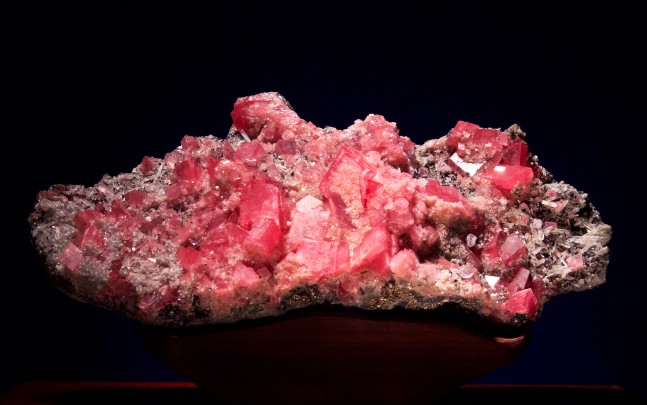 Earth Hall features spectacular minerals from around the world, many of which have been in the museum’s collection since the 1880s.

Among the prominent displays is the Schortmann Collection of fine mineral specimens. The collection was assembled by brothers Alvin and Raymond Schortmann from classic localities around the world.

Other exhibits include fluorescent minerals; specimens from the Lane Quarry in Westfield and the Hampden Quarry in West Springfield; Babingtonite, the Massachusetts state mineral; a piece of Longmeadow brownstone; a spectacular amethyst geode; a huge piece of graphite from Ceylon which was displayed at the Chicago World’s Fair in 1892; a 290-pound meteorite found about 1 ½ miles from the great meteorite crater near Winslow, Arizona; and much more.