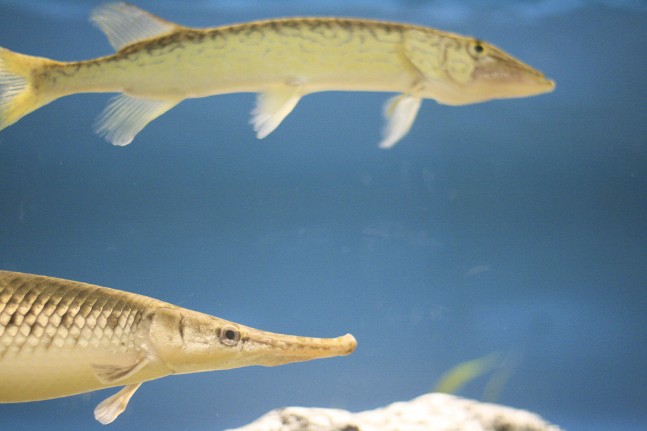 Rainforest Eco-System
This Eco-System houses fish, frogs, turtles, snakes and spiders from the tropical rainforests of South America, one of the most productive environments on Earth.

Mangrove, Stream and Lake Eco-Systems
These exhibits highlight animals which are found in specialized environments both locally and worldwide.

Museum aquarist Dan Augustino–also known as Safari Dan–introduces some of the animals that live at the Solutia Live Animal Center.