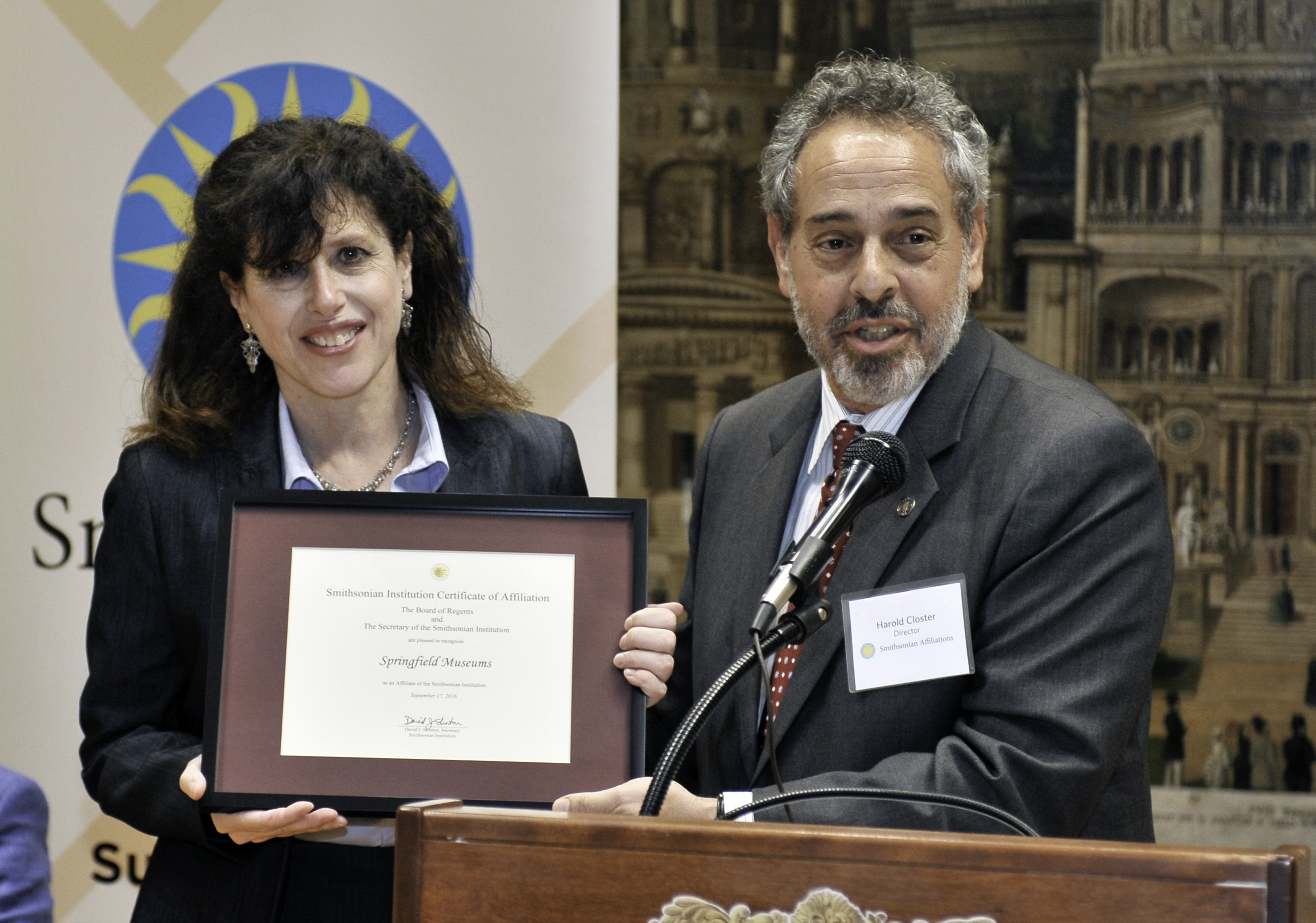 On September 17, we were proud to host a special ceremony to celebrate our new Affiliation with the Smithsonian Institution, a partnership that has been made possible through funding from the MassMutual Foundation. An audience consisting of well-wishers, trustees, staff, and representatives from the Smithsonian and MassMutual gathered in Blake Court to hear  comments from Kay Simpson, President of the Springfield Museums; Roger Crandall, Chairman, President and CEO of MassMutual; Harold Closter, Director of Smithsonian Affiliations; Springfield Mayor Domenic Sarno; U.S. Representative Richard Neal; and State Senator Eric Lesser.

This affiliation marks a major turning point in the 159-year history of the Springfield Museums. The Smithsonian Institution is recognized as one of the world’s foremost museum and research institutions, with 19 museums and over 200 affiliates spread across the U.S. and its territories. As an Affiliate, the Springfield Museums will be able to bring the Smithsonian’s considerable resources and collections to the residents of Western Massachusetts through traveling exhibits, outreach visits by Smithsonian scholars, and other custom-developed education, performing arts, and public programs.

To help mark this important occasion, the September 17 ceremony was followed by a talk by planetary scientist John Grant from the National Air and Space Museum titled “Driving Around Mars,” which provided visitors with a fascinating inside look at the Mars Rover Program. “Smithsonian Week in Springfield” continued with a talk on September 22 by Mary Savig, Curator of Manuscripts at the Smithsonian’s Archives of American Art, who also offered a workshop to students from Springfield’s Conservatory of the Arts the following day. Carrie Heflin of the National Museum of American History wrapped up the week by participating in our annual LittleFest literacy celebration, which took place on the same day as Smithsonian Magazine’s “Museum Day Live.”

We have initiated discussions with the great staff at the Smithsonian about potential collaborative projects, so stay tuned for more exciting event and exhibit announcements to come!