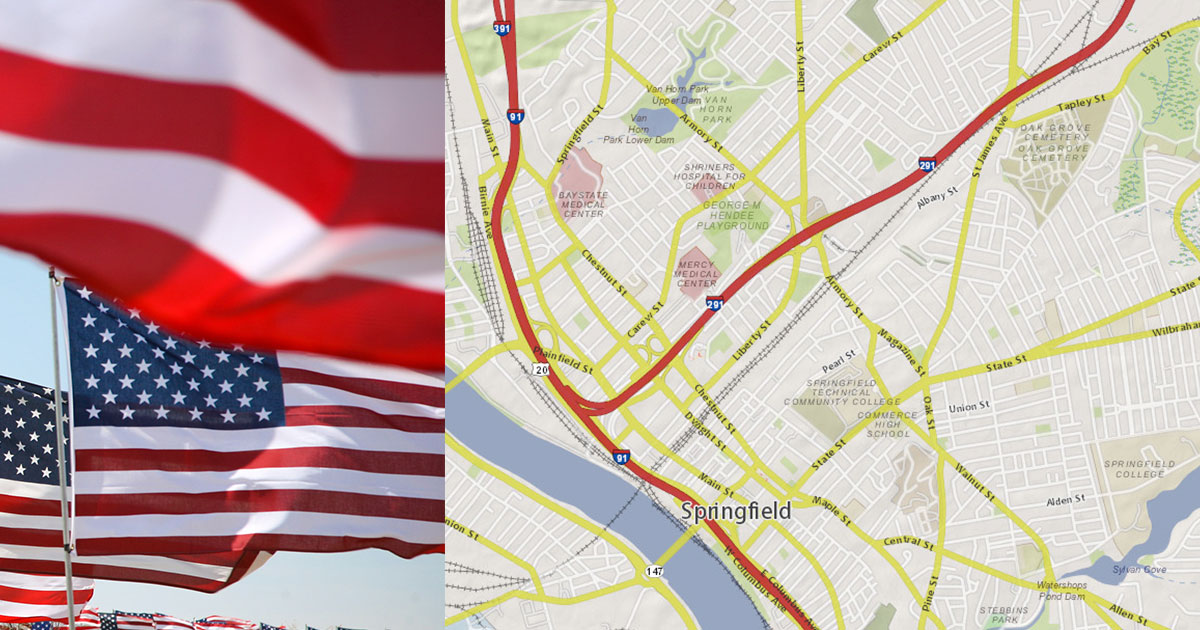 As we take time on November 11th to honor the men and women who have served in the Armed Forces we may find ourselves unknowingly driving down streets in our cities and towns which were  named to commemorate some of the local service men and women who lost their lives in combat. In Springfield there are a number of streets which are named after brave young men who died in WWII. Charles Clark, a life-long resident of the city with a wide-ranging curiosity about all things Springfield, decided to investigate the story behind the names of streets bearing such names as Arthur Picard Circle, Lionel Benoit Road, and Robert Dyer Circle.

After the end of hostilities in WWII, veterans returning to Springfield found themselves facing a serious shortage of affordable housing. Temporary housing units were constructed in the mid- 1940s, some without central heating, like Patriot Corners, and some of Quonset Hut construction at Chapman Court and the Brunton Apartments. Even these units, as inadequate as they were, were not able to meet the housing needs of so many veterans and their families.

The Springfield Housing Authority was formed in 1946 and was headed by John I. Robinson. He championed the cause of public housing in Springfield and obtained $7 million of state funds allocated for the Veterans Housing Project. With these monies, three housing projects designated for veterans and their families were completed between 1949 and 1951.  The first was Reed Village on Bay Street opposite Oak Grove Cemetery, a 200 unit project built on land donated by the estate of the Reverend David Allen Reed, an influential Congregational minister, businessman and founder of Springfield College. In 1951 two more projects were completed; Robinson Gardens, a 136 unit project at Berkshire Avenue and Bay Street named after Atty. John I. Robinson, then Chairman of the Springfield Housing Authority, and Duggan Park at Page Boulevard and Goodwin Street, named after John J. Duggan, the popular President of Chapman Valve in Indian Orchard.

Many veterans clamored for an opportunity to live in these newly built projects. On the first day of registration for applicants to Reed Village, 351 veterans or their wives showed up to apply for one of 200 units. In the fall of 1951, when the Duggan and Robinson projects were ready for occupancy, 1700 people applied for the 332 rentals available. Some of these people were housed in inadequate temporary housing and hoping to upgrade to more permanent living quarters. The rentals were below the costs of purchasing a home, and were available only to veterans and their families. 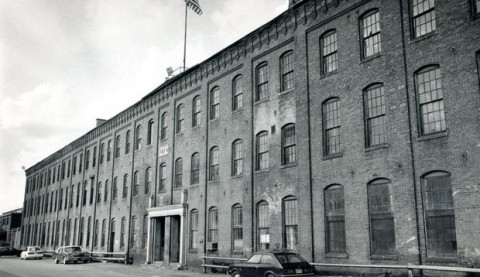 Given that these projects served the housing needs of veterans, it makes sense that the streets of these neighborhoods would be named for local military heroes, but how many of us today are aware of that information? By searching through city directories, you’ll find that the streets of the Duggan Park complex carry the names of fallen soldiers and sailors whose fathers worked at Chapman Valve. To honor their sacrifice, Mr. Duggan, the company president, named the streets after the young men, born just before or just after WWI, who didn’t make it home to Springfield during WWII. So we have Layzon Brothers Road, Arthur Picard Circle, Rodney Smith Circle, and Stewart Glen Drive. 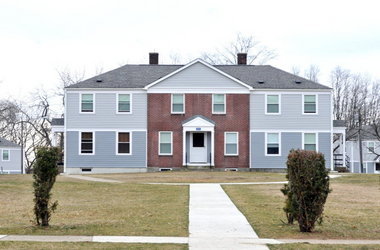 At Robinson Gardens, William Sands Jr. Road and Robert Dyer Circle are named after two young men who lost their lives in the Pacific.

What still remains unsolved is how the names of some of these military personnel were chosen. The connection to Duggan and Chapman Valve was commented on earlier but what of the others? Did their families petition the city or did veterans groups put forth the names of War dead? The mystery continues.

Special thanks to Charles Clark for this unique research.