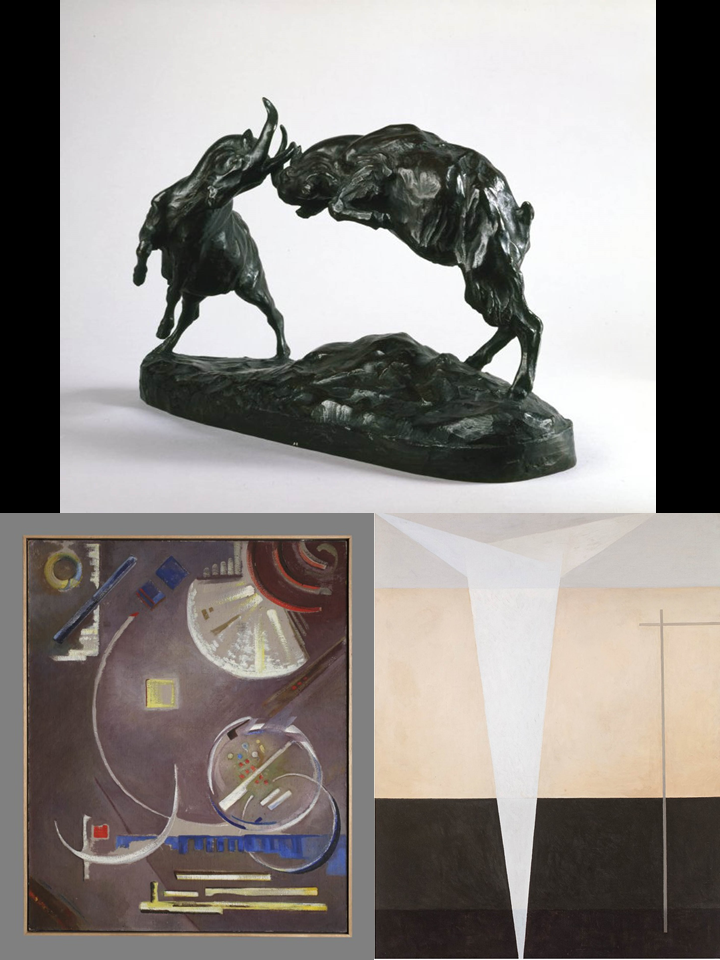 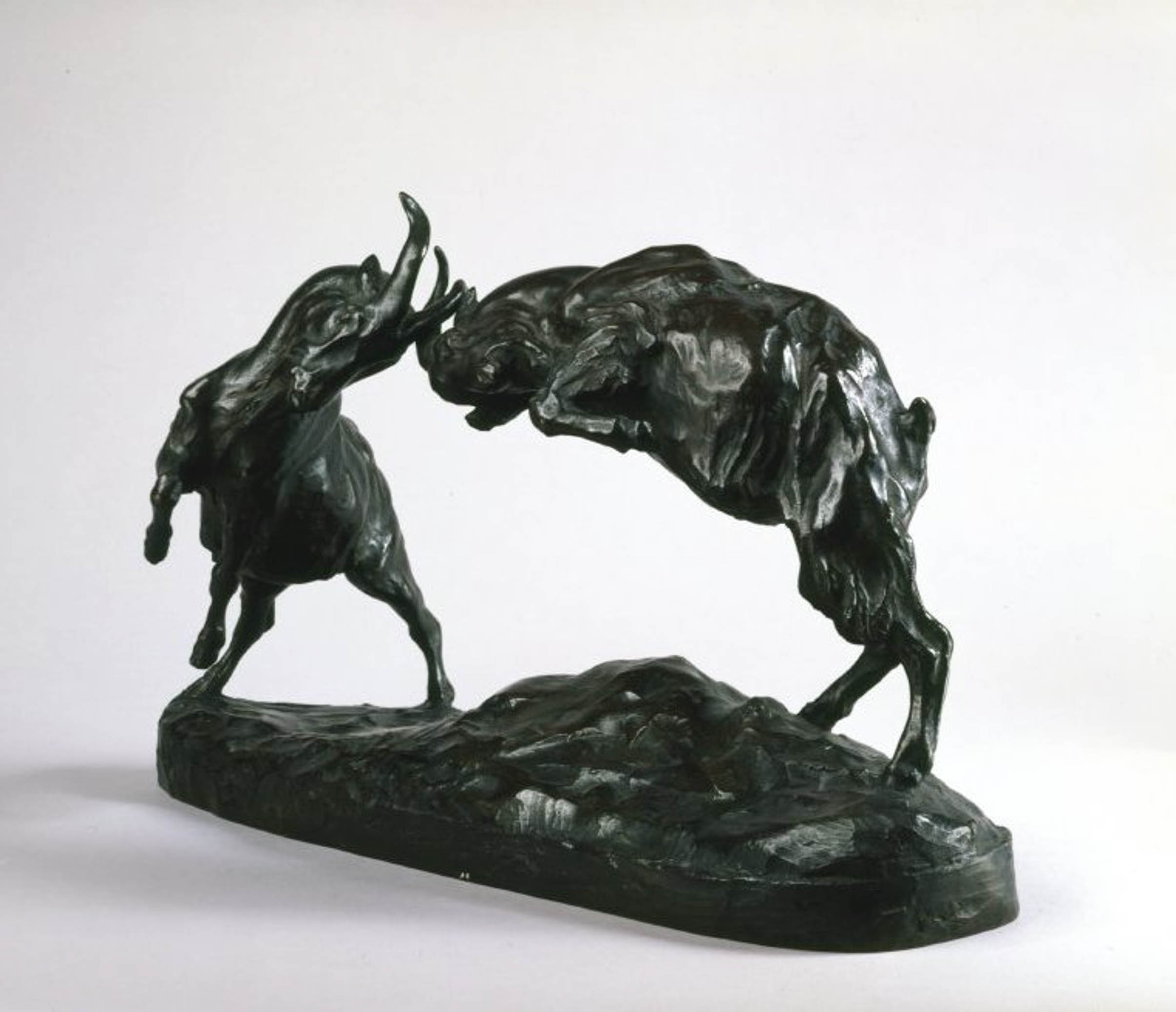 Anna Hyatt Huntington (American, 1876-1973) achieved success as a leading American sculptor of animals. She loved animals and portrayed them in active, dramatic poses, as in the work seen here, Goats Fighting (1905). She always worked directly from life and may have modeled these goats after animals found at a favorite destination, the Bronx Zoo. Later in life, Hyatt Huntington developed a complete zoo and working farm that included stables and kennels on her various country estates. In 1931, her 9,000 acre sculpture garden and nature preserve Brookgreen Gardens in South Carolina was incorporated as a not-for-profit corporation that can still be visited today. Goats Fighting is currently on view in the Early 20th Century American Art Gallery in the D’Amour Museum of Fine Arts. 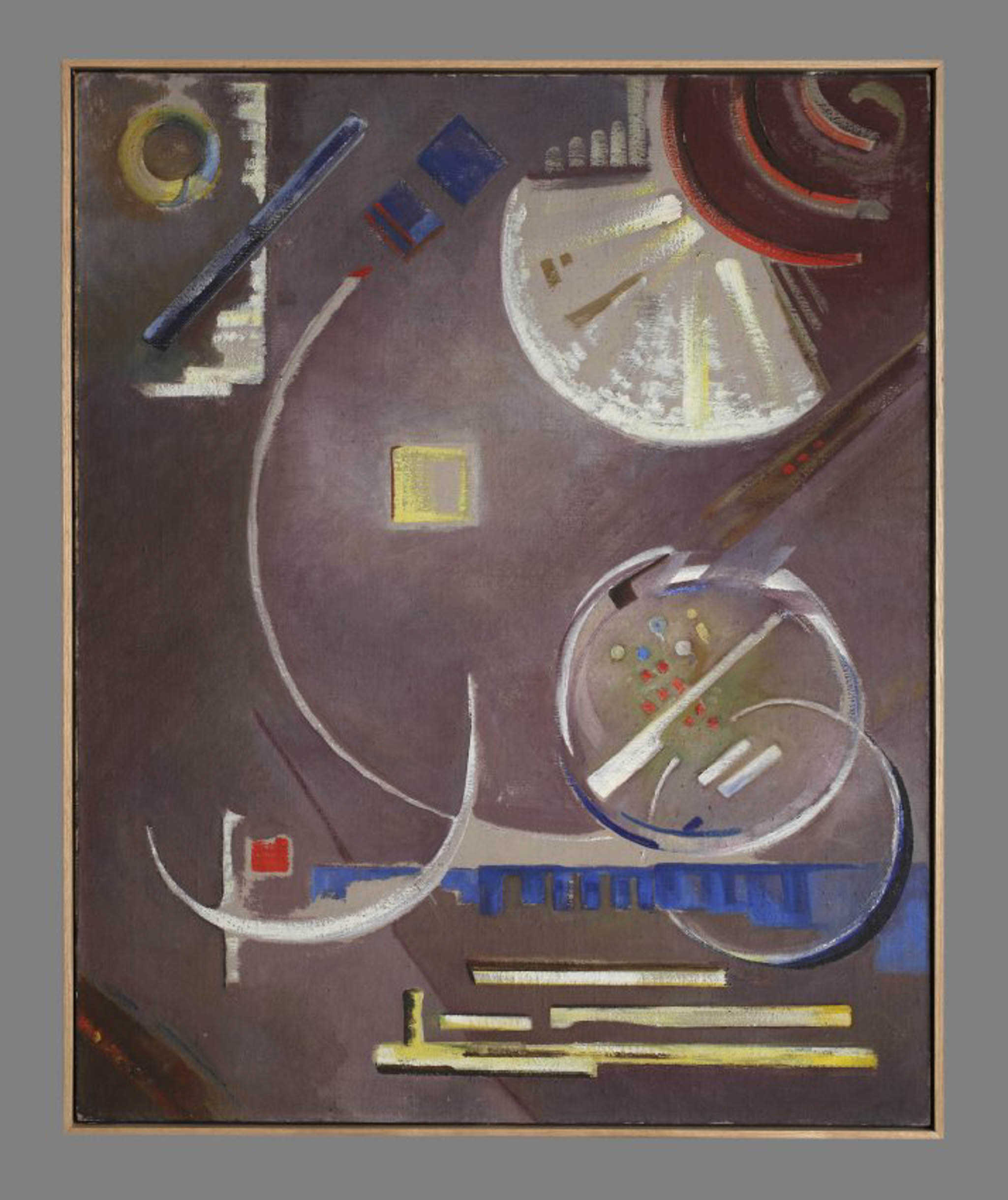 Although her name is lesser-known today, Katherine Dreier (American, 1877-1952) was one of the most progressive painters working in the United States during the first half of the 20th century. In addition to being an artist in her own right, she was an advocate for other artists, an important collector, and an influential educator. Dreier exhibited work at the watershed 1913 Armory Show in New York City, along with artists such as Marcel Duchamp and Pablo Picasso. Less than a decade later, in 1920, she founded the Société Anonyme with Duchamp and artist Man Ray. The organization promoted modern art and is often credited with introducing European styles to America. Symphony in C Minor is one of the artist’s most dynamic canvases. Its title, referring to a musical symphony, pays homage to pioneering abstract artist Wassily Kandinsky, who felt that music and color were inextricably linked. Like Dreier’s Symphony in C Minor, Kandinsky’s paintings were often inspired by, and named after, pieces of music. Works by Kandinsky were recently on view in the exhibition “BAUHAUS: 100 Years Later.” 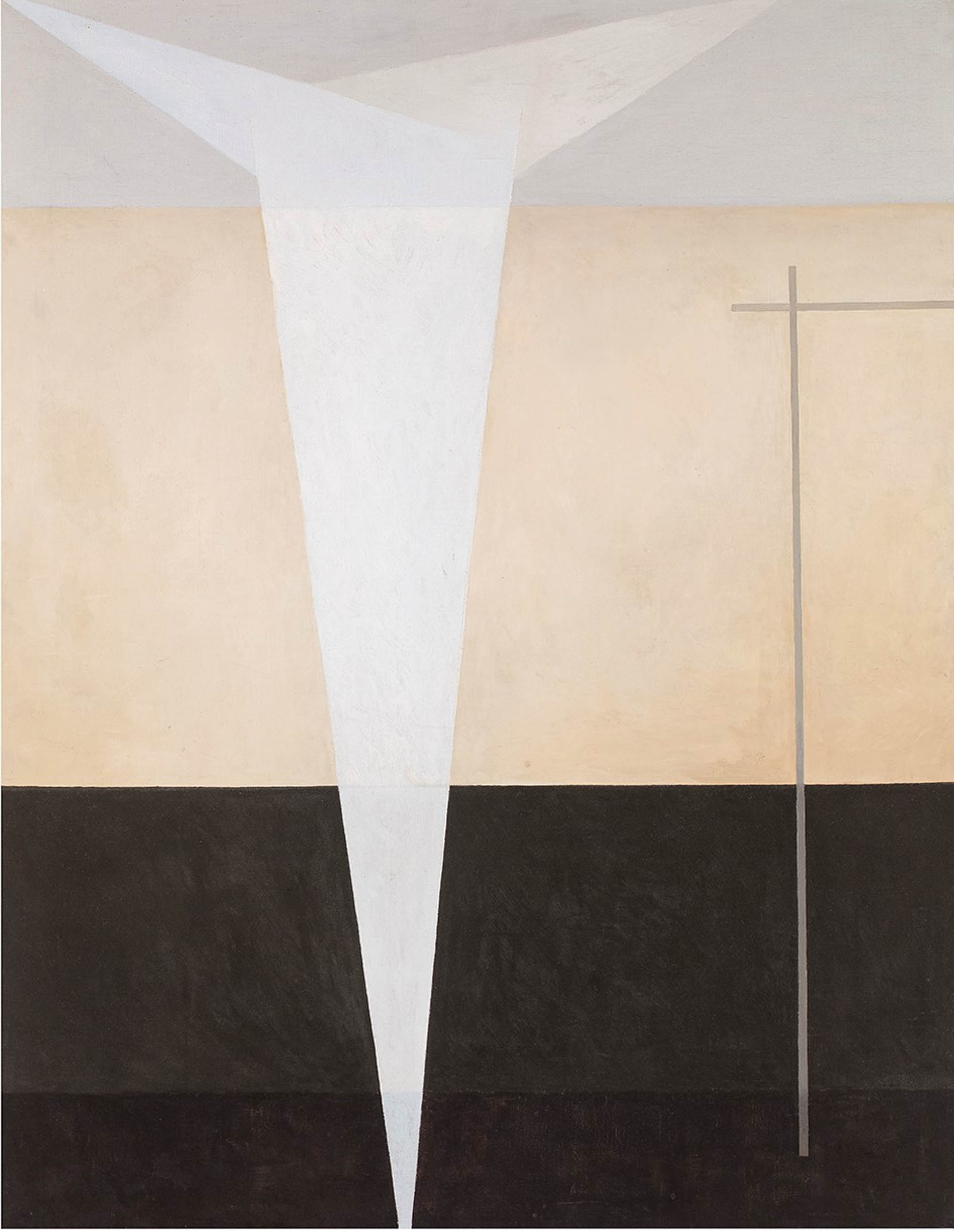 This painting, The First Magnitude (1959-60), was created by American abstract artist Alice Trumbull Mason (1904-1971). Mason has been recognized as a pioneer of American abstract art and was a founding member of the American Abstract Artists group in 1936. Her mature style, after 1950, is dominated by geometric forms which she termed “architectural abstraction.” The painting seen here is one of several compositions made between 1956 and 1963, influenced by an image of the crucifixion by the early Italian Renaissance artist, Cimabue. The inverted triangle and trapezoidal shapes in the painting are the artist’s way of showing what she experienced when she studied the Cimabue crucifixion. She stated, “By this magnificent conception, Cimabue gives at one stroke, the feeling of unbearable depression downward, as your eye follows down, and also of a tremendous upsurging, living movement as your eye comes up the depths again.” This work is currently on view in the Modern and Contemporary Gallery in the D’Amour Museum of Fine Arts.

Congratulations to the Winners of Our 2016 Gingerbread Competition!