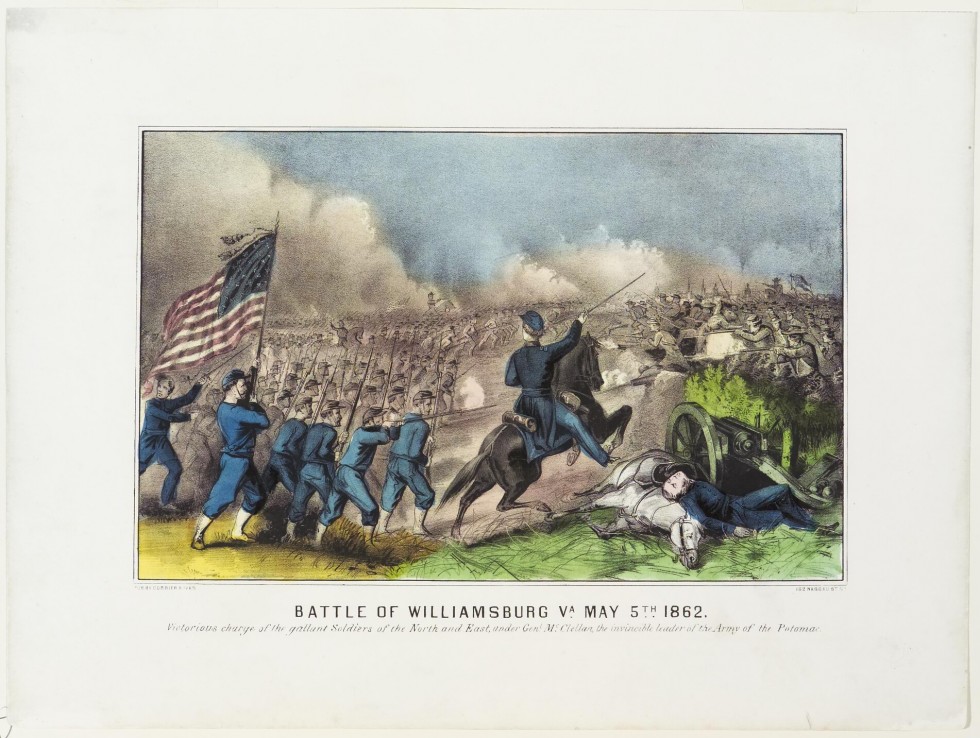 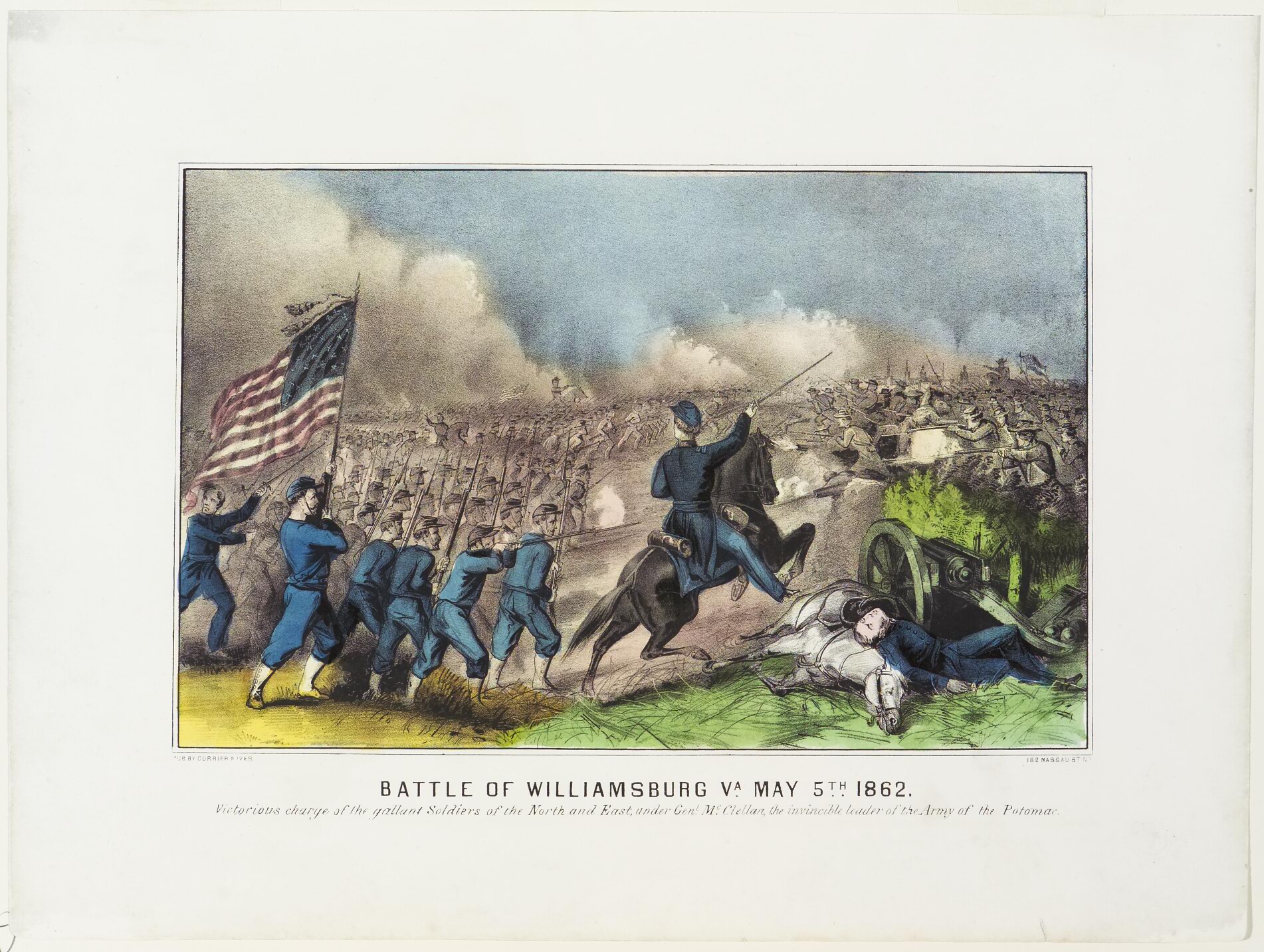 Battle scene. Leader of troops at center on horse headed into background. Troops at left wearing blue uniforms and carrying the American flag.

The Battle of Williamsburg, also known as the Battle of Fort Magruder, took place on May 5, 1862, in York County, James City County and Williamsburg, Virginia, as part of the Peninsula Campaign of the Civil War. Nearly 41,000 Union soldiers and 32,000 Confederates engaged in the fight. Union troops first attacked at Fort Magruder, but they were stopped by a Confederate counterattack. Reinforcements furthered the battle for each side and it ended inconclusively. In this image of the battle, General McClellen is shown on horseback in the center foreground, with his back to the viewer. He points the way for Union troops, one of whom carries an American flag, with his sword. For added drama, the foreground shows a dead soldier over a slain horse, next to a cannon. In the background the opposing armies charge each other. 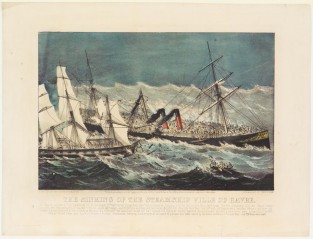 The Sinking of the Steamship VILLE DU HAVRE., Currier & Ives 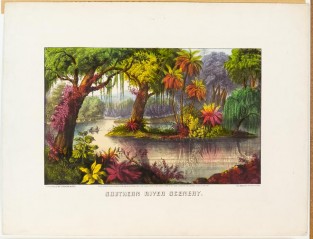 Lush river scene of river winding its way from left center down through center right. Fishing boat with three people… 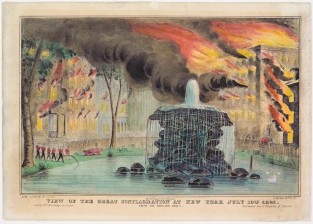 Fountain at center of image. Building behind fountain in flames. Firemen at lower left working on flames of building. Above…