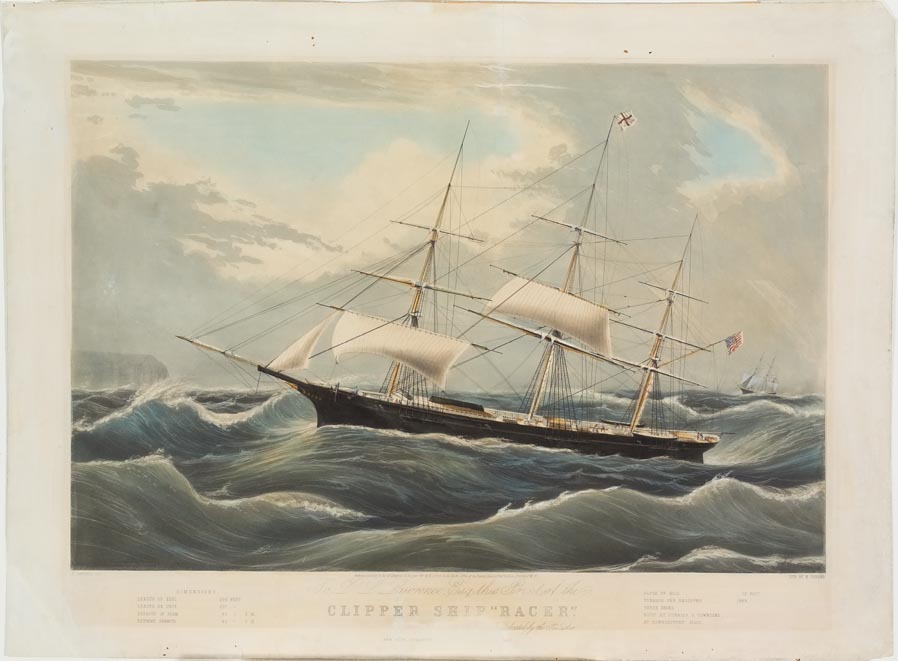 Ship at center sailing to left on stormy seas; another ship in background at right. “RACER” painted on ship at left. Dedicated print, above title: “To D.L. Lawrence, Esq. this Print of the (then comes title block followed underneath by) dedicated by the Publisher.”

Clipper ships were built for speed and captains often set-out to reach their destination in the fastest way possible. Currier & Ives published nearly one-hundred portraits of celebrated ships of the period. This image was designed by James Buttersworth, an English painter who specialized in maritime art and who is considered among the best in American ship portraitists of the 19th century. He was known for meticulous detail and a remarkable ability to create the illusion of movement. The “Racer” sank in 1856, after going ashore on Arklow Bank. Fortunately, all five hundred passengers and crew members were rescued. 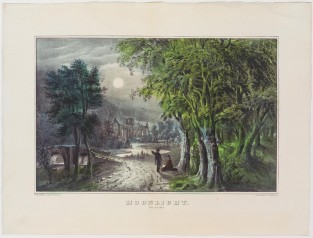 Couple in center facing ruins in background. Stone bridge off to left of where they sit, woods off to right… 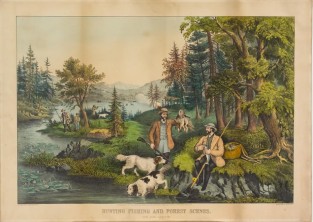 Woodland scene. Hunter and fisherman at center at river's edge with game and fish caught along with two dogs. Other… 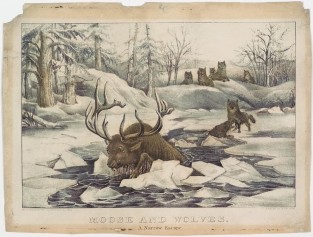 Moose in ice covered pond in woods headed away from pack of wolves on shoreline.