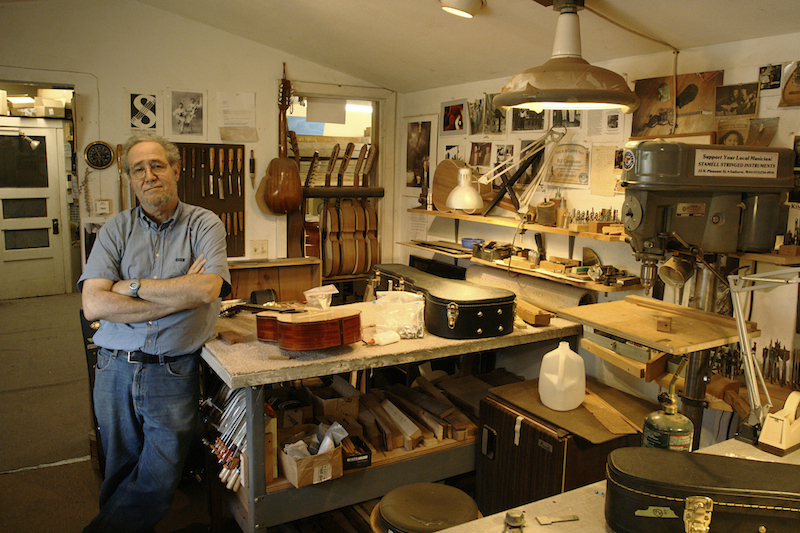 A Commitment of Lifetime: The Instruments of Will Cumpiano

A display of beautifully crafted stringed instruments by local luthier Will Cumpiano, who is renowned for his skills as a cuatro maker–the traditional instrument of Puerto Rico.

Cumpiano is an internationally-recognized master of the craft of luthierie–the making of stringed instruments. Born in San Juan, Puerto Rico 70 years ago, his career spans over 40 years making individually-made concert-quality guitars and other fretted stringed instruments within the North American, European and Latin American traditions. His work has been recognized by the Smithsonian Institution, the National Endowment for the Arts, the American Institute of Architects, the New York Museum of Contemporary Crafts (now the Museum of Arts and Design); and by scores of musicians in the United States, Europe, Central and South America, the Middle East and Japan. Among his best-known customers are Arlo Guthrie, Country Joe MacDonald, John Abercrombie, June Millington, Michael Lorimer, Joel Zoss and Paul Simon.

Cumpiano currently makes instruments for players around the world and teaches a small number of students every year out of his Northampton, Massachusetts workshop.

Faces of the North End is part of Latino Americans: 500 Years of History, made possible through a grant from the National Endowment for the Humanities and the American Library Association.