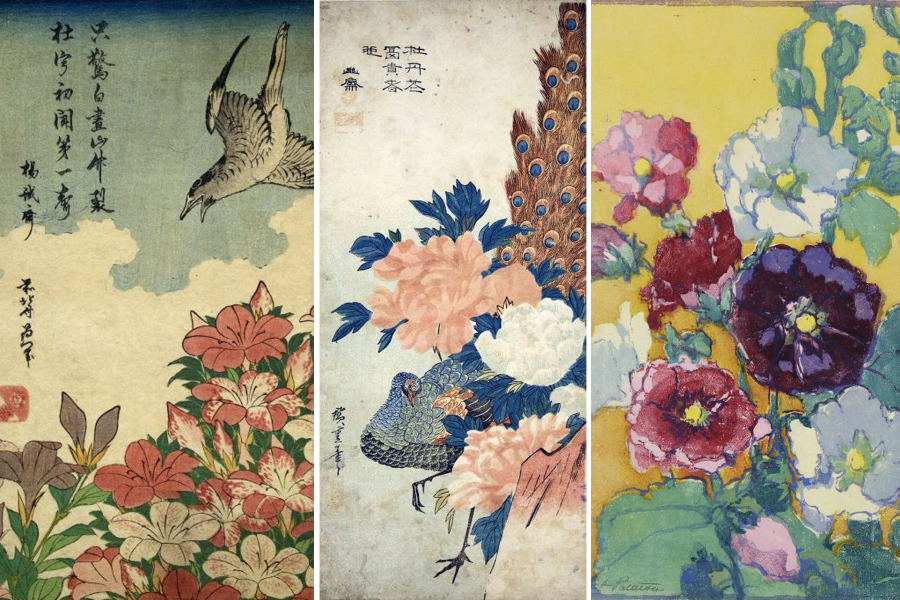 In Bloom: Floral Works from the Collection

Throughout history, artists have been inspired by flowering plants and their colorful blossoms.  The floral prints in this exhibition combine artistic sensibility with close observation of the natural world. Displayed alongside artfully arranged botanical specimens from the collection of the Springfield Science Museum, the works celebrate flowers as a subject of shared interest for artists, scientists, and all who appreciate nature’s beauty and variety.

Woodblock prints and wood engravings have a special connection to the spread of information, be it visual, textual, scientific or artistic, as they were often created in numerous copies.  In Edo period Japan, printmakers like Kitao Masayoshi (1764-1824) and Andō Hiroshige (1797-1858) used woodblock prints to reimagine and popularize a long tradition of bird and flower images. Sometimes accompanied by haiku poems, these bird and flower prints, called kacho-e, are lyrical and symbolic as well as technically masterful. When wood engraving was developed in England, the process was popularized by the natural historian Thomas Bewick (1753-1828), whose prints were used to illustrate books. As the works on view by American artist Barry Moser (born 1940) show, the process of wood engraving is especially well suited to the illustration of flora and fauna. Moser was fascinated with plants and named his printing press after the medicinal plant Pennyroyal (Mentha pulegium).  He also was influenced by haiku and earlier Japanese prints of flowers. In a convergence of influences, the modern prints on view by Asa Cheffetz (1897-1965) and Margaret Patterson (1867-1950) also acknowledge both natural history and the tradition of woodblock printmaking in Japan.

Sourced from the rich permanent collections here at the Springfield Museums, In Bloom highlights the beauty, variety, symbolism, and study of flowers in art from the 19th and 20th centuries. 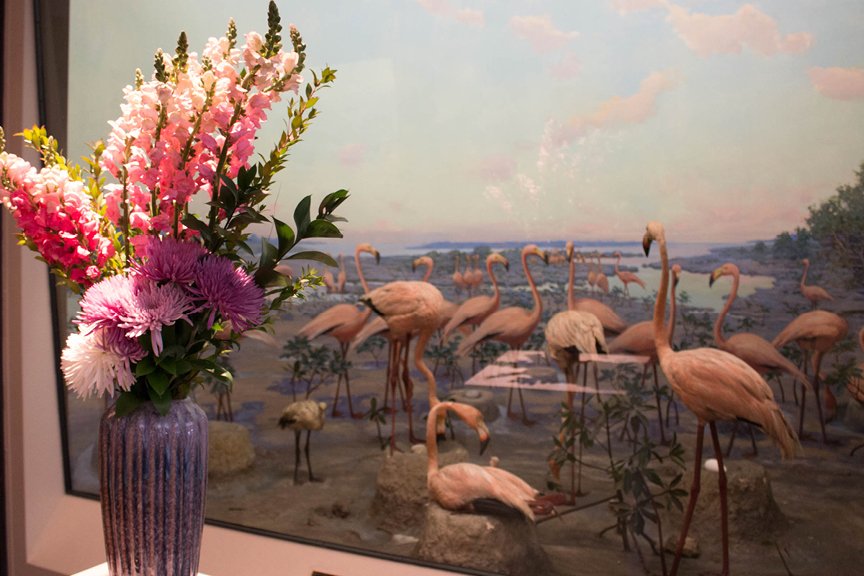 The Springfield Museums have been in touch with representatives from state government, area hospitals, the New England Museum Association and…