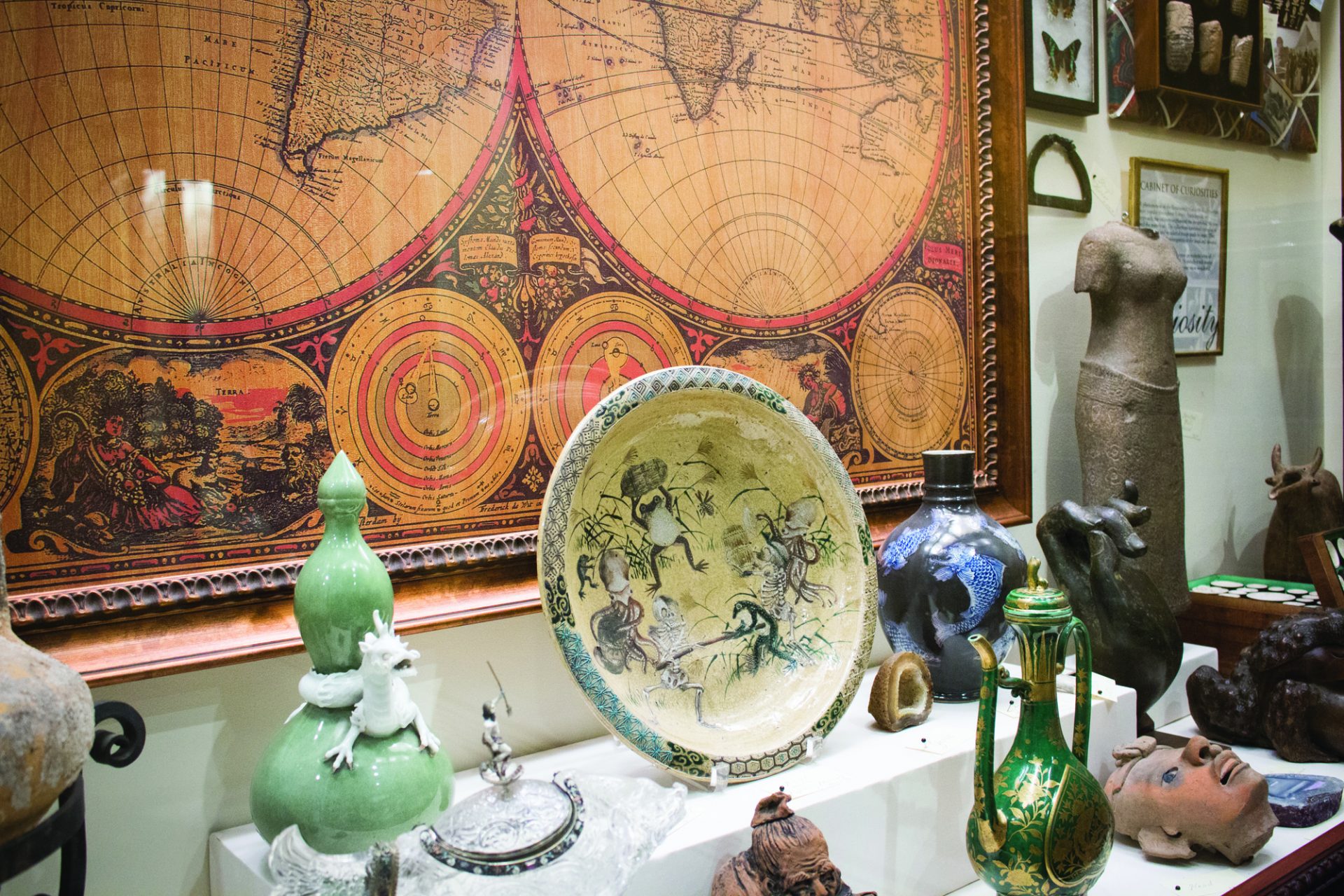 Peter the Great had a famously bizarre one. Robert Edmund Grant opted to live in a slum rather than sell his. A letter of reference was required to see the one belonging to Athanasius Kircher – a rule which even applied to the pope himself. The objects which inspired such universal fascination were Cabinets of Curiosity, the means used first by royalty and academics and later by the middle classes to exhibit their most unusual and often strange collections.

Cabinets of Curiosity (also known as “Wunderkammer,” “Cabinets of Wonder” and “Wonder-Rooms”) developed during the 17th and 18th centuries, and were essentially the precursors to the modern museum. At first, amateur and professional scientists kept their most prized specimens hidden away, until royalty and other members of elite society began to seek out the glitziest and rarest objects (or even entire collections) and proudly placed them in ornate display cases for all to see. Inquiry, scholarship and the organization of visually-pleasing arrangements were all necessary to a successful display, some of which filled entire rooms.

During the Victorian era, this tradition of maintaining personal collections reached the newly burgeoning middle class, and the singular “curio cabinets” filled with prized collections became an important status symbol. Springfield resident George Walter Vincent Smith began accumulating an array of unusual items and art objects during the 1850s, and the bulk of his treasures later provided the foundation for the museum which now bears his name. His collection of Asian art and weaponry, Islamic carpets, and American paintings provides a window into the world of aesthetic appreciation during the 19th century.

This exhibition features rarely seen, odd and curious objects is drawn from the vast centuries-old collections of the Museums. Themes include mounted animals, ancient glass and Greek vases, ornithology, Japanese Tansu (cabinetry), Chinese cloisonné and snuff bottles, and Japanese bronzes, as well as a display of more recent curiosities that will be familiar to contemporary audiences. Egypt held a particular fascination for Victorian collectors, which is represented here by the inclusion of the outer coffin of Padihershef (664-525 BC), a stone-cutter from Thebes. A children’s activity area exploring some of these disparate themes will also be included as part of the exhibition.