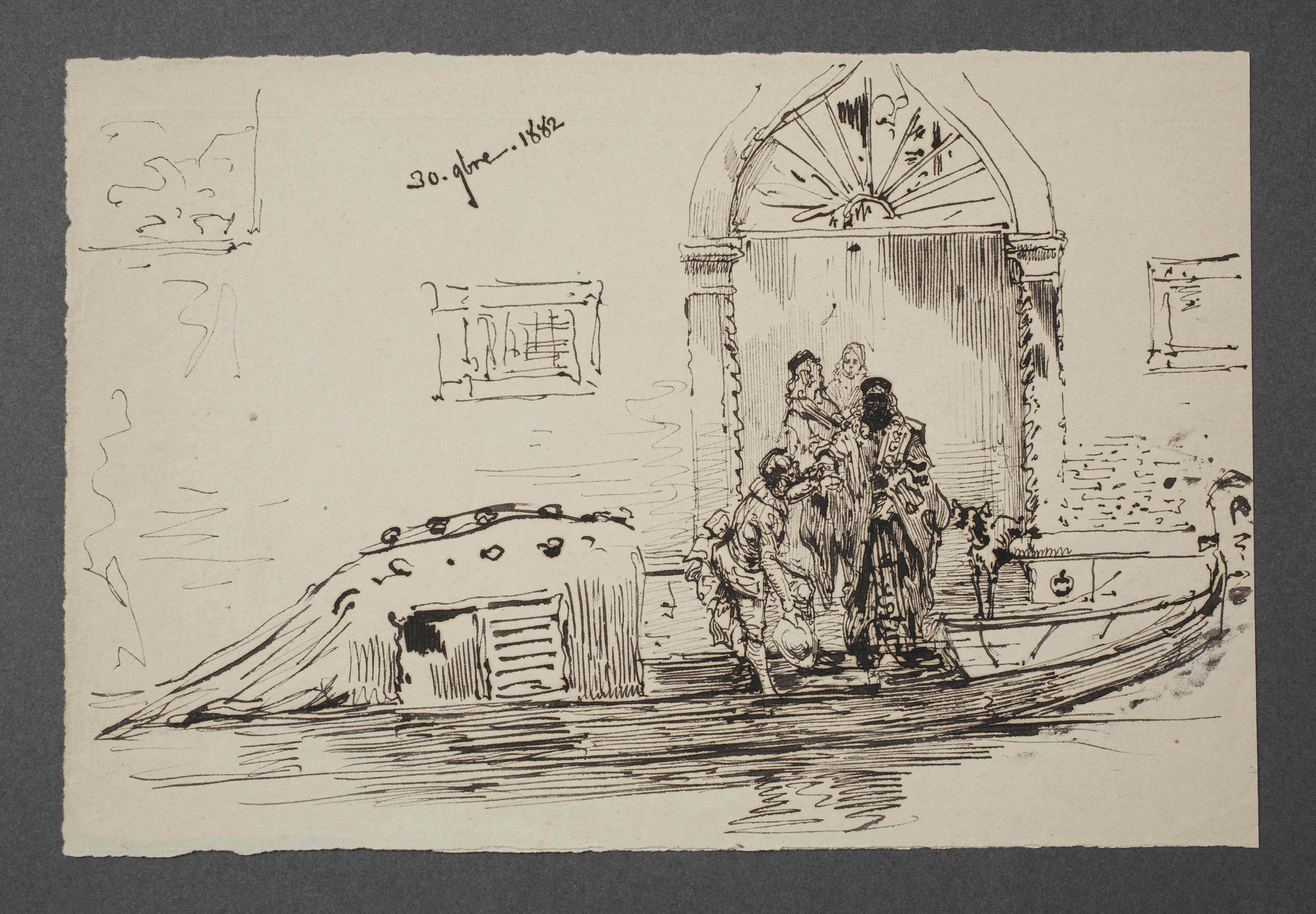 Designed to be easily portable, a sketchbook is often kept in an artist’s pocket and offers a personal glimpse into the artist’s process. Drawings and notes in sketchbooks vary from travel sketches and nature drawings to figure studies and copies after the old masters. Occasionally expense accounts and lists of images were also included. Some sketchbooks are self-conscious, with every page signed, in anticipation of a public audience. Others were filled with spontaneous, hastily-drawn sketches that were often used to work out composition elements for a larger art work. Still others reveal the progression of an idea or were intended to be viewed as a whole.

This exhibition features a sampling of artist sketchbooks and sketches from the permanent collection of the George Walter Vincent Smith Art Museum and the Michele and Donald D’Amour Museum of Fine Arts and includes artists such as Asa Cheffetz, Raffael Mainella, John Lafarge, Norman Rockwell, Mary Cassatt and Paul Gaugin.