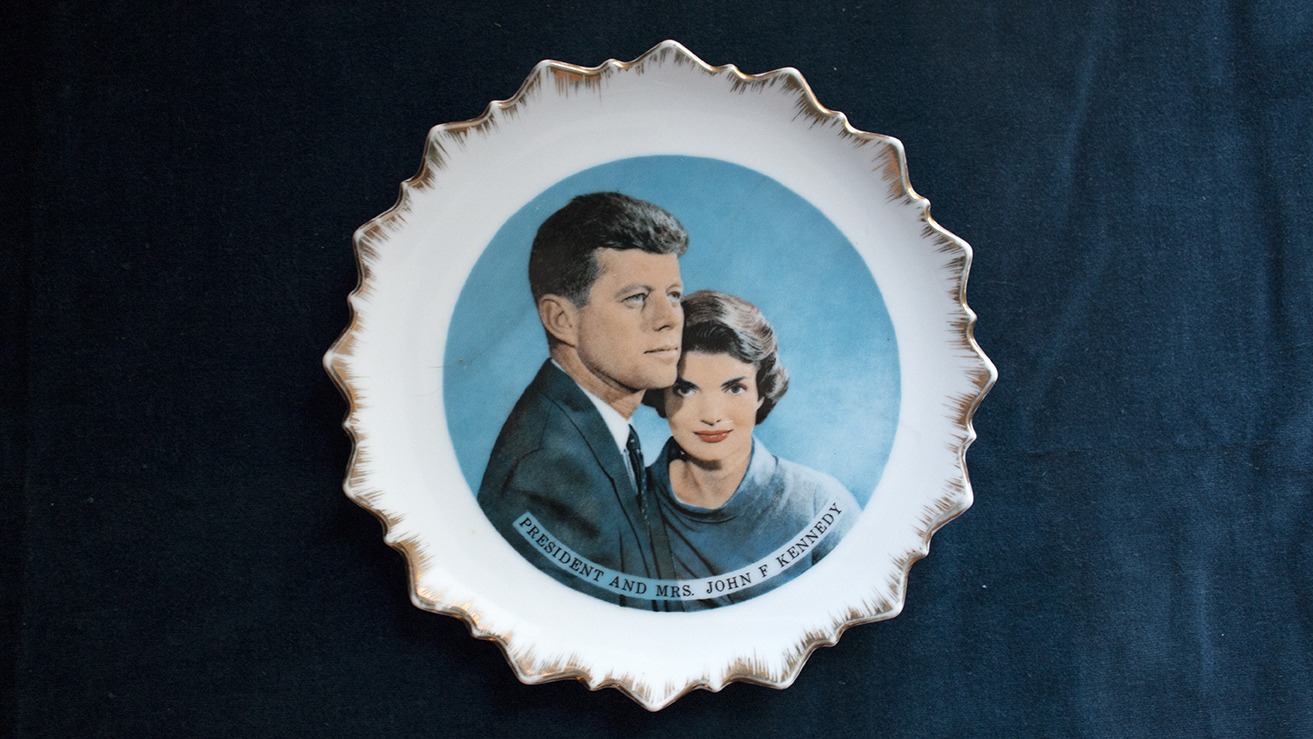 Collecting Camelot: The Kennedy Era and Its Collectibles

A selection of campaign memorabilia, posters, toys, and other vintage items from the Kennedy era which illustrate the popularity of our 35th president. Items range from those produced for his presidential campaign to satirical items and collectibles from the period. Gathered from the Museum collection, several private collectors, and the extensive collection of Frank J. Andruss Sr., the show coincides with the exhibition Jack & Jackie: The Kennedys in the White House featured at the D’Amour Museum of Fine Arts. Collecting Camelot offers a look at the enduring appeal of John F. Kennedy through objects, and illustrates how the time memorialized as Camelot still resonate with people to this day.

Initially sparked by his interest as a ten-year-old boy in the story of the 1943 sinking of PT109, the torpedo patrol boat commanded by Lieutenant John F. Kennedy, Andruss has amassed a vast collection of photographs, political campaign memorabilia, and Kennedy era collectibles. Items include buttons and ribbons, posters, tie pins, printed material and other iconic mementos from the era we later came to know as Camelot. Andruss is the author of PT Boats Behind the Scenes (Nimble Books, January 2011) and Building the PT Boats (Nimble Books May 2009), and is a recognized authority on the history of PT boats. Over the years Andruss has created several travelling exhibitions, with two featured at the Springfield Museums: The John F. Kennedy Experience: An Exhibit by Frank J. Andruss Sr. and The Mosquito Fleet: WWII PT Boats. He has also created exhibitions for area local libraries.