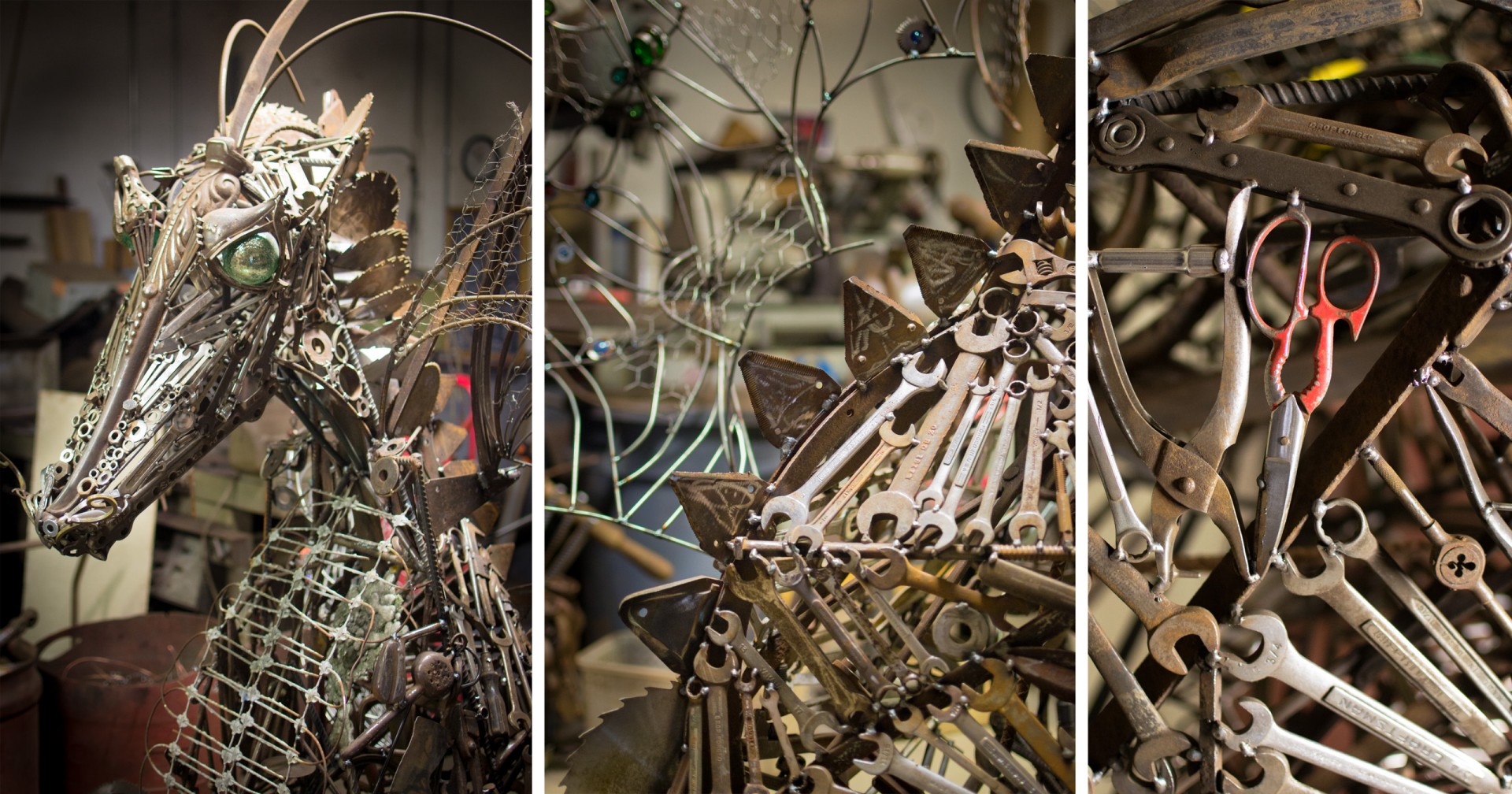 A found-metal outdoor sculpture created by Deerfield artist Trisha Moody-Borbeau. Many of the objects included in the sculpture came from her family’s machine shop; others are donated by clients of Borbeau’s hair salon in Deerfield, Massachusetts. The dragon’s eye are made with hand-blown glass ornaments by an artist in Vermont. This sculpture is the second dragon that Moody-Borbeau has created.

In Greco-Roman legend, Draco the dragon was killed by the goddess Minerva and tossed into the sky. The dragon perished in a battle with the Olympic gods. Finally, as Minerva threw the dragon, it became twisted and froze in the cold of the North Celestial Pole. Dragons often played a role in creation myths and battled for control of the Earth. When defeated, the dragons were flung up into the skies by the gods. The constellation Draco can be seen all night from Northern latitudes as it winds through the Little Dipper.