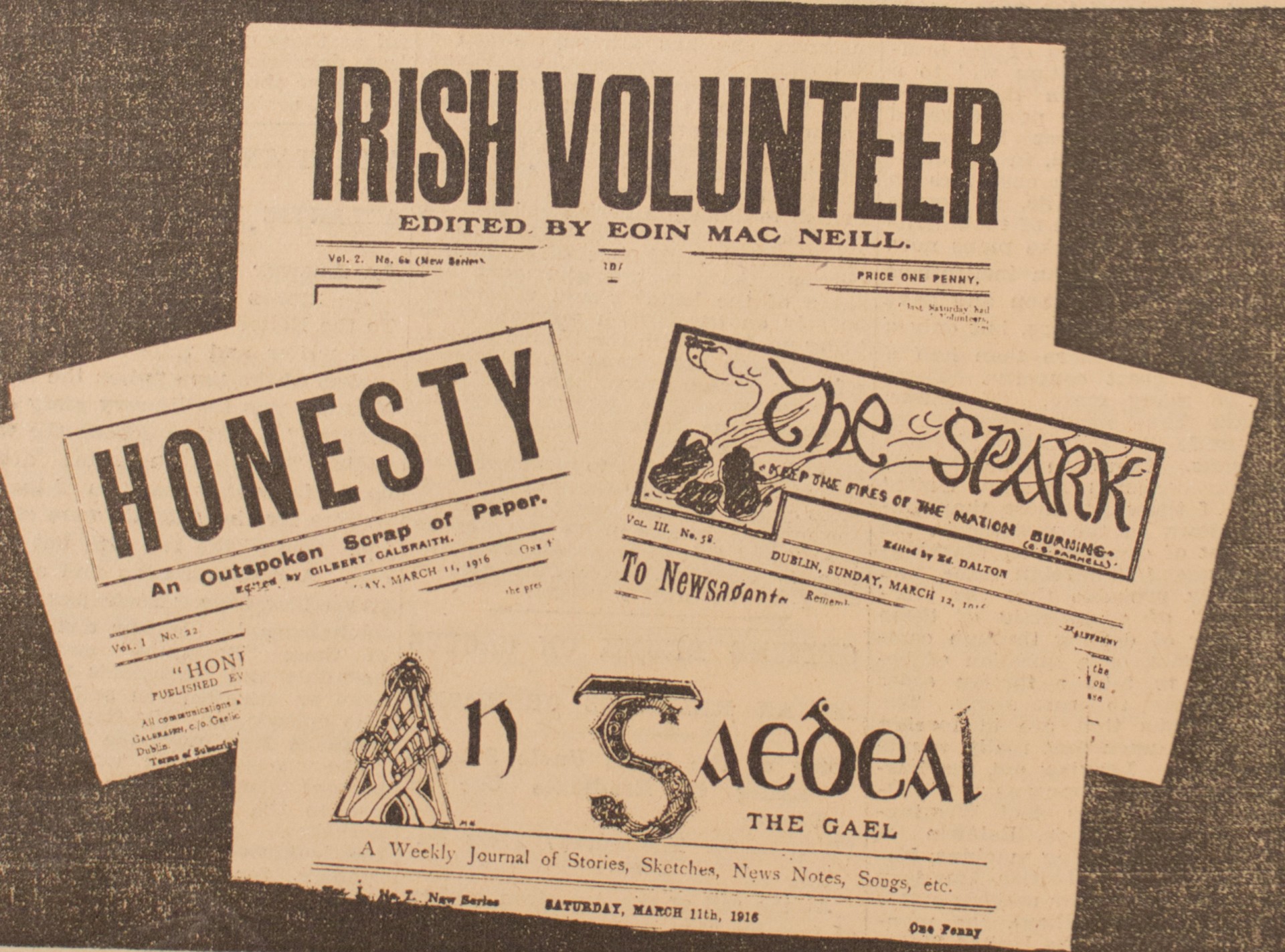 Easter Rising: Springfield’s Response to the Irish Rebellion of 1916

The Easter Rising was a massive revolt by Irish Republicans during the week of Easter in 1916 with the goal to end British rule and establish a fully independent Irish Republic. Instigated by seven members of the Military Council of the Irish Republican Brotherhood, the Rising was launched on Monday, April 24, 1916 when some 1,200 volunteers took strongpoints in the center of Dublin. But the British quickly organized countermeasures to suppress the rebellion and brought in 16,000 troops. By April 29th the Irish Republicans were forced to surrender. Yet all was not lost. Although this rebellion was suppressed, it led to greater support for the cause of Irish freedom, and just three years later, in 1919, the Irish War for Independence began with the Soloheadbeg ambush. This exhibit will explore this seminal event, as well as look at the role that Irish-Americans played in supporting the efforts of the Republicans.