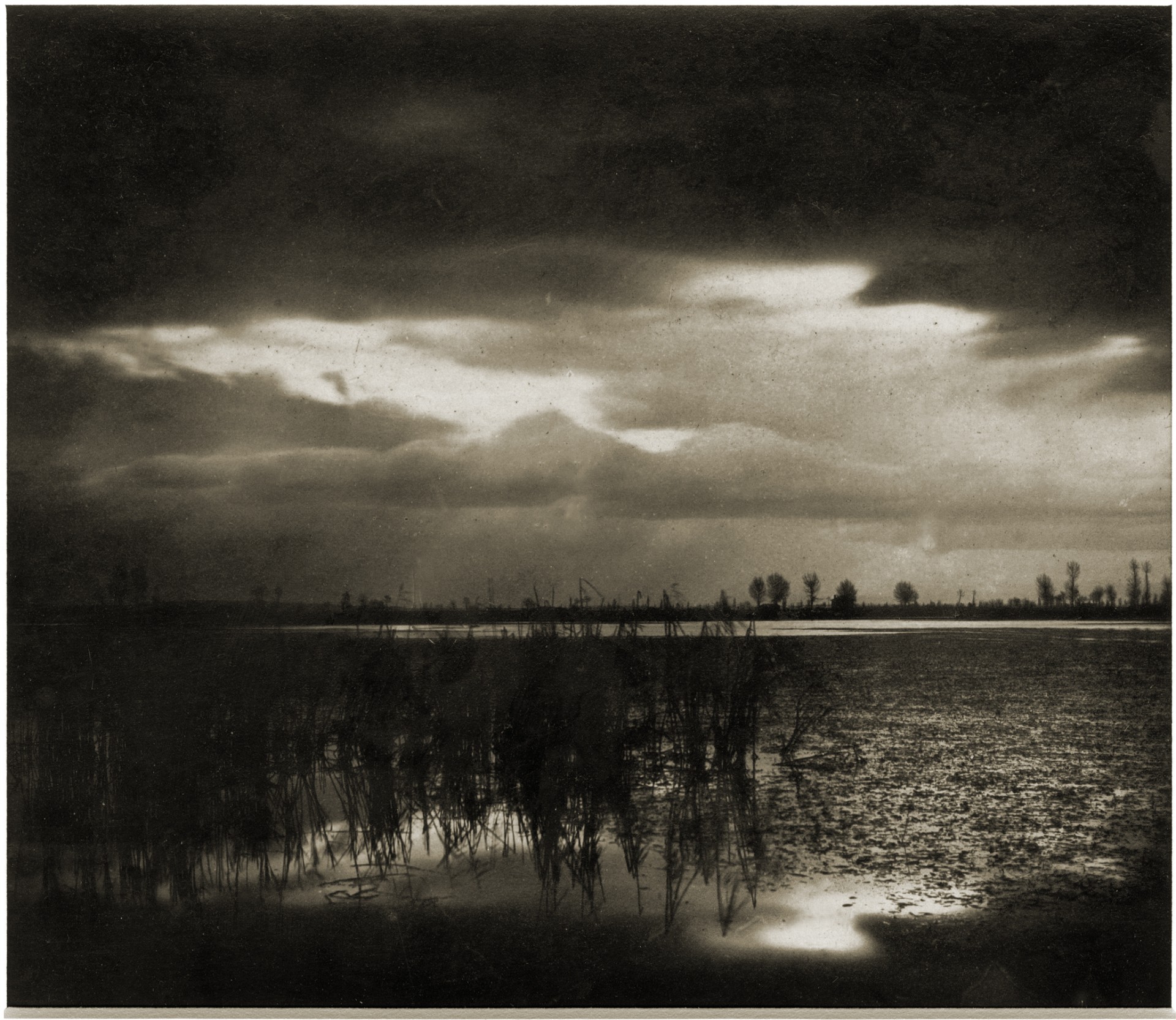 In 1902, a group of visionary photographers broke with convention and began exploring new techniques that would ultimately push the boundaries of the art form. This revolutionary approach, called Pictorialism, involved the manipulation of negatives and prints to create images that approximated the effects of drawings, etchings, and oil paintings. Inspired by earlier such movements like Britain’s Linked Ring, this intrepid group began referring to their effort collectively as “the Photo-Secession,” and started a campaign to establish photography as a full-fledged fine art, equal with painting, sculpture, and etching.

This exhibit features works by the preeminent artist-photographers of the day, including the group’s leader, Alfred Stieglitz, who founded the “Little Galleries of the Photo-Secession” to provide members with a venue for exhibiting their work. To further help promote the “secessionist” ideals, Stieglitz also founded the important quarterly, Camera Work, which served to advance the vision of artists like Anne Brigman, Arthur Wesley Dow, Heinrich Kühn, Gertrude Käsebier, Paul Strand, Charles Sheeler, Edward Steichen, Karl Struss, and Clarence White. While these artists had their own individual approaches to picture-making, all of their work involved the marriage of traditional painting subject–matter – landscape, allegorical study, nude, still life – with a suitably hand-crafted photographic print. This combination of painterly imagery and print-making became known as Pictorialist photography.

In 1910, the Photo-Secession sponsored an international show of more than 500 photographs by its members and other photographers using the same approach. The show, occupying more than half of the exhibition space at the Albright Art Gallery (now the Albright-Knox Gallery) in Buffalo, New York, was a sensation, and significantly advanced the recognition of photography as an art form.

The 78 works presented in this exhibit include prime examples of a variety of photographic printing techniques used by the Pictorialists, such as the use of platinum, gum bichromate, carbon, cyanotype, and bromoil in creating prints. Works by all of the aforementioned artists are featured, most notably Stieglitz’s The Steerage (1907), widely considered the Photo-Secession’s defining masterwork and the first fully-realized Modernist photograph. Original copies of Stieglitz’s Camera Work magazine will be on display as well.

The exhibit also surveys the explosive aftermath of the Photo-Secession, starting with the work of Paul Strand in 1915-16, when photography transitioned uneasily from Pictorialism to Modernism. Some photographers, clustered around Clarence White, continued to make painterly photographs. Others, particularly Steichen and Strand, adopted “straight” photography and developed the Modernist idiom.

Organized by art2art Circulating Exhibitions from the collection of Michael Mattis and Judith Hochberg.