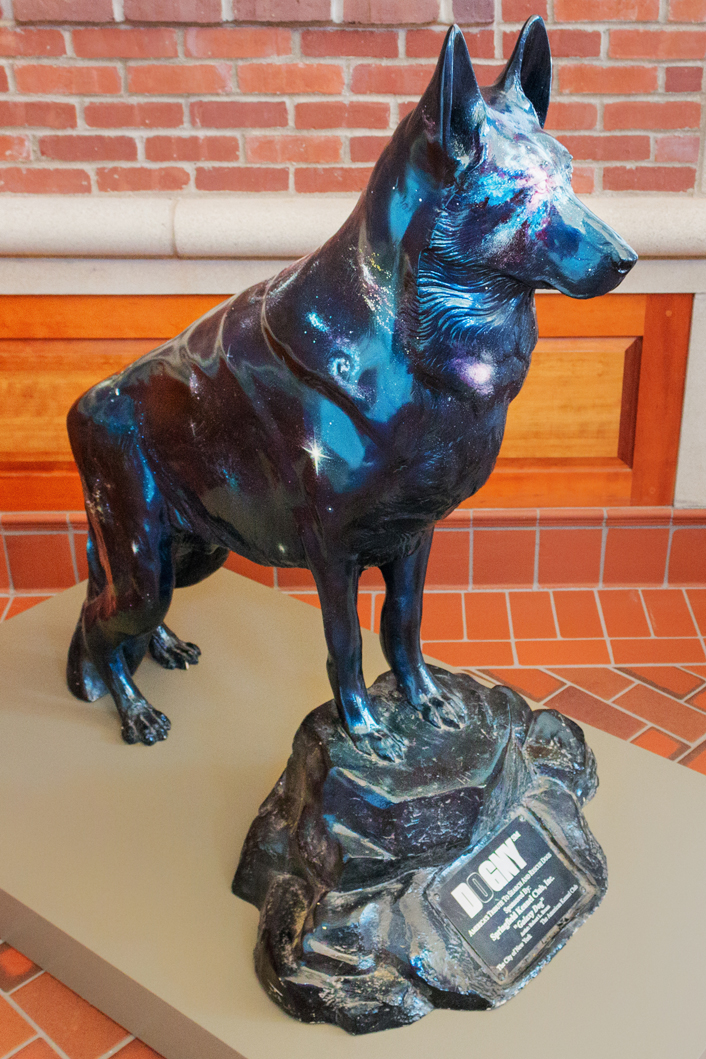 Conceived by the American Kennel Club as a charitable public-art initiative, DOGNY: America’s Tribute to Search and Rescue Dogs, was launched shortly after 9/11 as a way of bringing attention to the valuable work done by canine search and rescue teams on a regular basis.  The Oklahoma City bombing in 1995 and the attacks of September 11, 2001 brought these efforts to the forefront as startling and poignant images were replayed day after day of valiant attempts to search for and recover the many victims of these massive tragedies.  DOGNY not only pays tribute to the heroic efforts of rescuers, handlers, trainers, and of course the canines themselves; it seeks to bring awareness and help fund the extensive costs associated with the training and care of these special animals.

The world-renowned wildlife artist Robert L. Braun was commissioned by the AKC to create an original bronze sculpture of a champion German Shepard. Over one hundred fiberglass replicas of Braun’s sculpture were then created and painstakingly painted by a number of talented artists. Following their initial display, a number of the works were auctioned and purchased, and so far the program has raised more than two million dollars. The Springfield Kennel Club was among the first to underwrite one of the sculptures, which was named “Galaxy” due to the celestial symbols that adorn the dog’s face and coat.