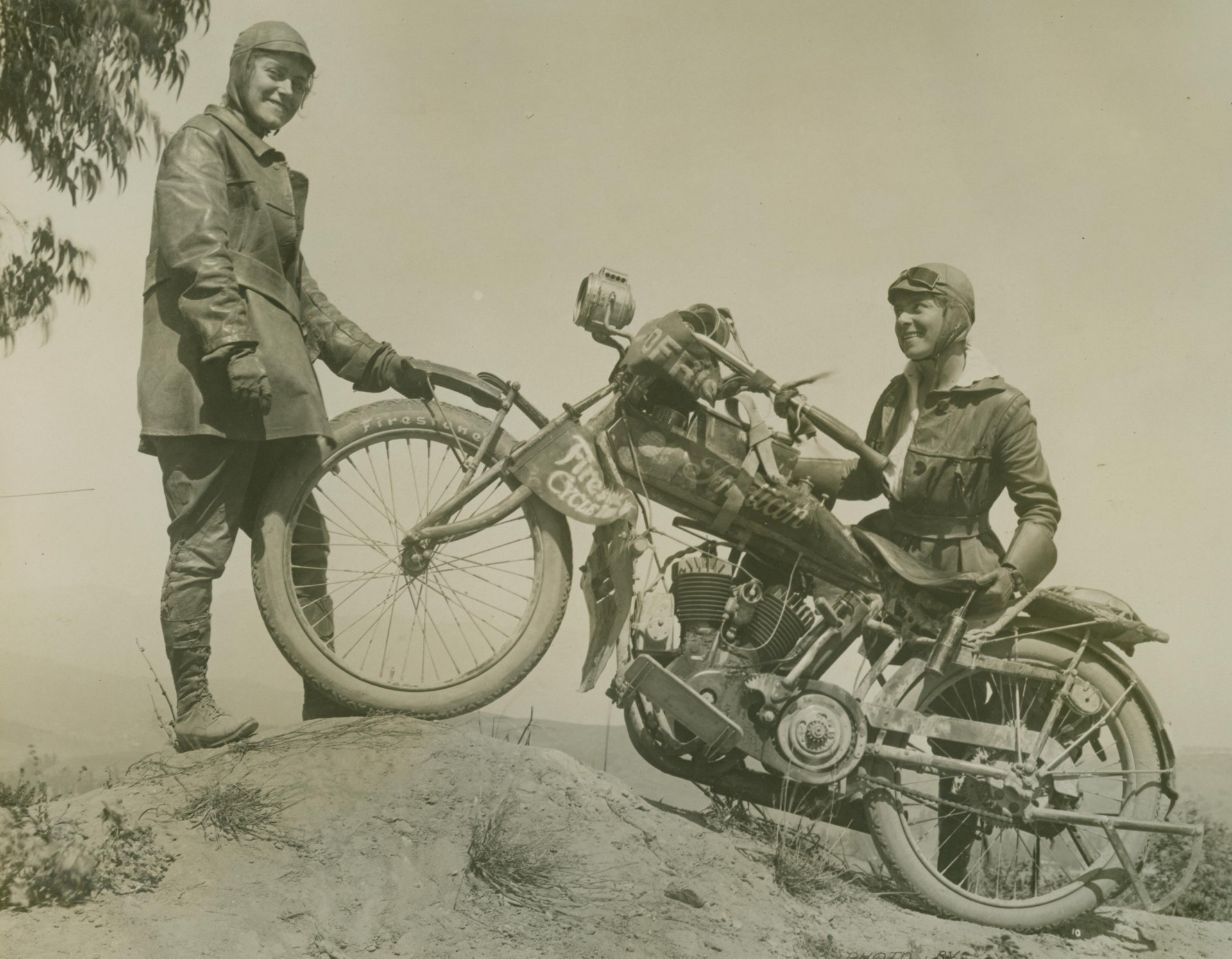 Crossing the Country to Cross Barriers: The Van Buren Sisters Ride into History

In 1916 the United States was preparing to enter World War I. Augusta and Adeline Van Buren were, at the time, active members in the National Preparedness Movement, and they wanted to find ways that women could help the military during combat operations. One idea was that women could serve as dispatch riders, freeing up men for front-line service. But many said that women weren’t capable of handling motorcycles. Augusta and Adeline set out to prove them wrong by undertaking a 5,500 mile cross-country ride on Indian Motocycles. On July 4, 1916 they set out from Brooklyn, New York. And after a grueling journey contending with poor roads, being arrested several times for dressing like a man, heavy rain, crossing vast deserts, and climbing the Rocky Mountains, they arrived in Los Angeles on September 8. Although many newspapers published articles criticizing the sisters for leaving their proper roles as housewives this trip gained national attention and helped support the Women’s Suffrage movement active at that time.

This exhibit celebrates the 100th anniversary of this important event with a range of photographs taken on the trip and a variety of memorabilia and news articles.