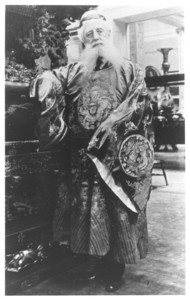 Philanthropy in the Pioneer Valley

Created by the Community Foundation of Western Massachusetts

This exhibition highlights philanthropists who have left a lasting legacy in Springfield and the Pioneer Valley. Large photo panels displayed throughout the museum tell the stories of generous local citizens and how they made an impact on the lives of future generations.