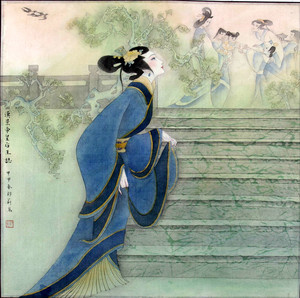 Ancient Chinese Women: Lives of the Concubines in the Palace

A special exhibition of traditional Chinese painting by award-winning artist Li Zou, depicting influential ancient concubines, most of whom became empresses and made an impact on Chinese history. Their roles ranged from stateswomen, social reformers, and educators to cruel despots, victims of palace intrigue, and murderesses. The painting method is highly traditional and very complicated. It is a technique which is rare in Chinese art today and is revered by the public.

About the Artist
Li Zou is the executive vice-president of the Hong Kong International Association of Meticulous-style Painting. Her visit to Massachusetts has been facilitated by State Representative Angelo Puppolo.