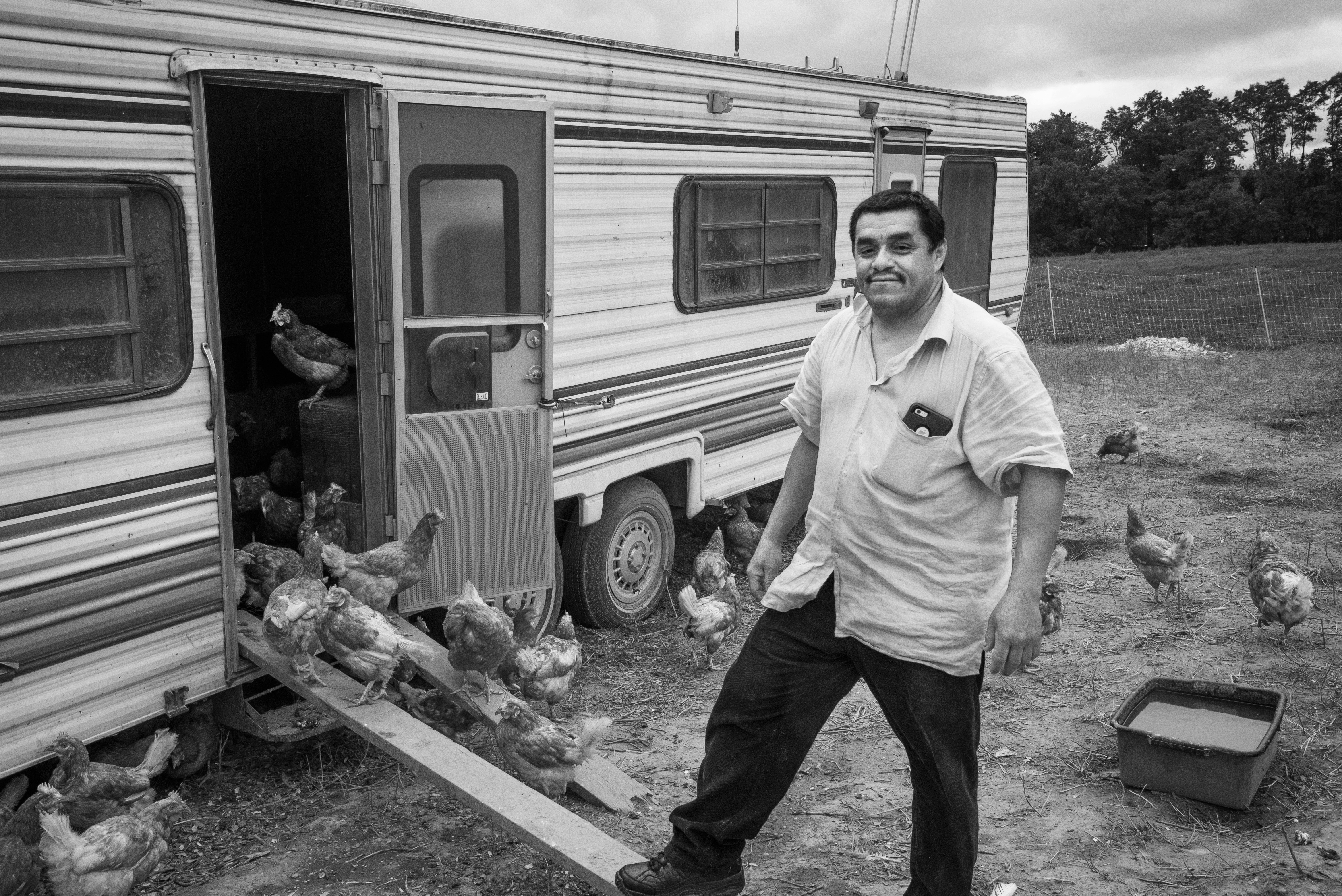 The Springfield Museums present People at Work and Other Environmental Portraits by Tad Malek August 13–July 12, 2020 in the Community Gallery of the D’Amour Museum of Fine Arts.

Striving to connect with the contemplative solitude of remote natural environments, Malek, a resident of Northampton, MA, began his photographic journey producing color landscapes. Today, inspired by the stark honesty and compositional genius of photographers such as Dorthea Lang, Fan Ho, and Vivian Maier, he works almost entirely in black and white.

With his environmental portraits, Malek seeks to capture unique and authentic moments of people at work in Western Massachusetts and around the world. Sometimes candid, sometimes posed, these momentary snapshots provide a glimpse into the lives and narratives beyond the lens. This exhibition features twenty-four works by Malek that embrace the unedited moments—the nuance, drama, comedy, and dignity—of daily life.

Malek views the capturing of authentic moments as the essence of recording the human condition. “My biggest challenge and reward come from the immediacy of the moment, revealed in a fleeting look or expression,” Malek said. “My intention is to tell a story using the photographic medium.”

Maggie North, Acting Curator of Art at the Springfield Museums, notes that Malek speaks of Henri Cartier-Bresson’s idea of the “decisive moment”—which has influenced his current work.

“Tad Malek’s environmental portraits capture momentary expressions and exchanges that might otherwise pass us by,” North said.  “Whether photographing subjects here in Western Massachusetts, or across the globe, Malek’s keen observational skills, aptitude for clever framing, and interest in the human condition contribute to a photographic approach that truly stands out. As a local artist whose work speaks to universal themes, he was an exciting choice for the Community Gallery. We are thrilled to share Tad Malek’s work with our visitors!”

The Springfield Museums have hosted Community Gallery exhibitions since 2000, said Heather Haskell, Director of Art Museums and Vice President of the Springfield Museums. From 1979 through 1999 the Museums presented Art Scene exhibitions that also featured the work of Western Massachusetts artists. “We are one of the few museums in the country that supports local emerging and mid-career artists through a dedicated exhibition space and have offered the first major exhibition opportunity to nationally recognized artists such as Brother Thomas Bezanson, Shimon Okshteyn, and Janet Rickus,” Haskell said.

“The Community Gallery provides artists from our area with a platform to showcase their diverse talents. Additionally, our visitors have a chance to view these compelling, contemporary works. It’s an especially vibrant space here at the Museums.” said Maggie North, Acting Curator of Art.

Malek’s work will complement the upcoming exhibit The Art of Observation: The Best of Photographer Elliott Erwitt which opens November 9, 2019, and runs through January 12, 2020 in the D’Amour Museum of Fine Arts. Elliott Erwitt’s candid and humanistic photographs have also influenced Tad Malek’s approach.