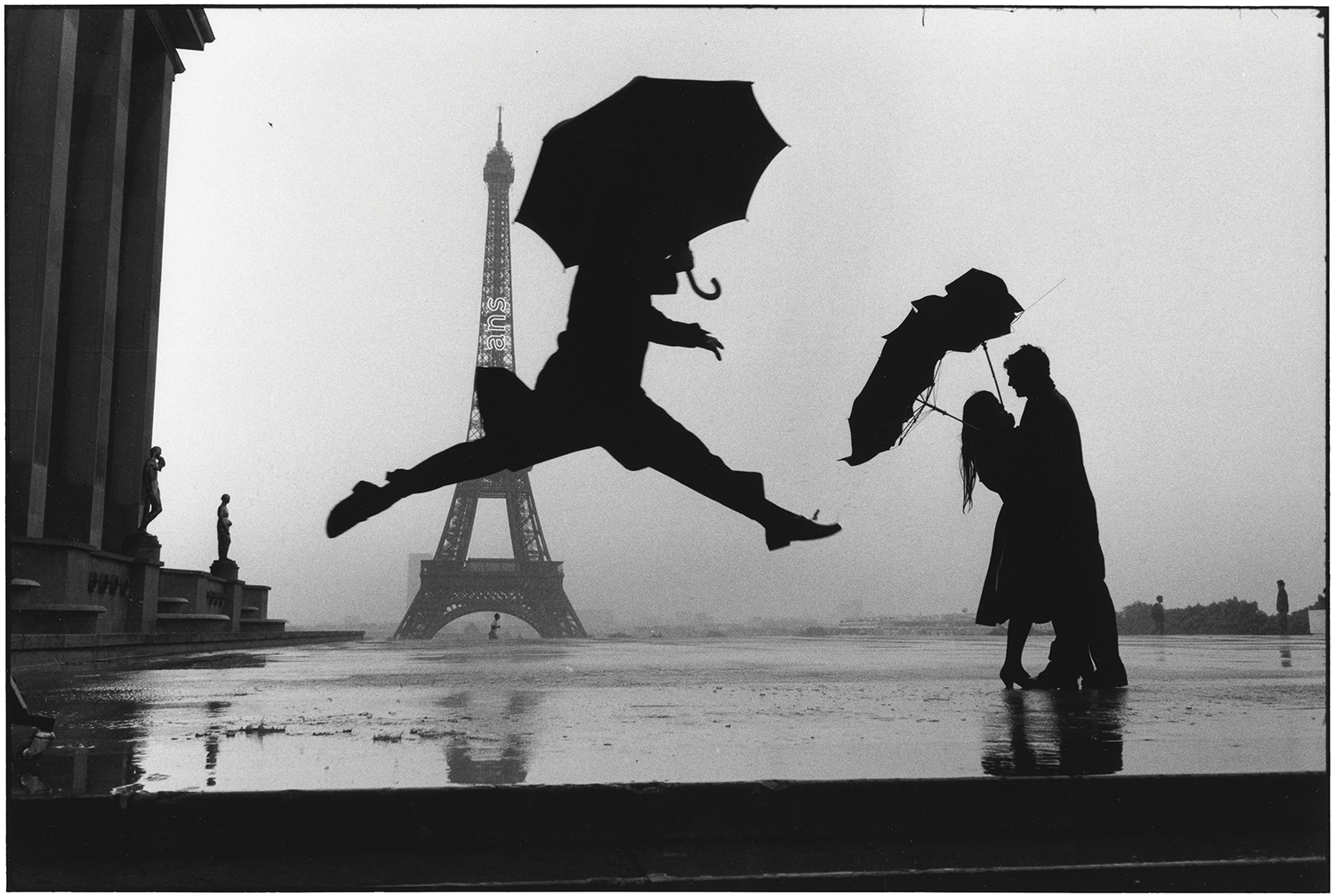 To me, photography is an art of observation. It’s about finding something interesting in an ordinary place. I’ve found it has little to do with the things you see and everything to do with the way you see them.
—Elliott Erwitt

With a keen visual sense and finely honed wit, Elliott Erwitt illuminates connective moments in life that make even the small and the individual feel universal. The artist, who continues to hone his craft at the age of 91, describes his work this way: “To me, photography is an art of observation. It’s about finding something interesting in an ordinary place. I’ve found it has little to do with the things you see and everything to do with the way you see them.”

Erwitt (American, born 1928) is a documentary photographer who has captured iconic images of Marilyn Monroe, Jackie Kennedy, and more recently Michelle and Barack Obama among others.  “We are delighted to share the extraordinary black and white images of Elliott Erwitt, one of the most influential photographers of the 20th century,” said Heather Haskell, Director of the Art Museums and Vice-President of the Springfield Museums.

Considered a master of his craft, Erwitt’s images are often funny, and sometimes heart-rending. The images make the viewer stop and look; they allow the viewer to share a feeling. “I observe,” Erwitt remarked in 1988, “I try to entertain, but above all I want pictures that are emotion. Little else interests me in photography.”

“His photographs are insightful,” said Maggie North, Acting Curator of Art. “The images extract humor and poignancy from everyday life. His subjects range from children to dogs to couples, and little moments as well as monumental ones.”

The Springfield Museums will share more than ninety images in this exhibition, which will be presented in the D’Amour Museum of Fine Arts. Both artful and accessible, this exhibit will appeal to a broad audience simply because of the power of the images, North said. At the same time, the exhibit allows visitors to better understand the larger context of photography in the 20th century. “Erwitt’s photographs are clever and fascinating; they also tell a broader story about innovations in photography, as well as history’s triumphs and tribulations,” said North.

Born in 1928 in Paris, France, Erwitt’s family emigrated to the United States in 1939, he went on to study photography at Los Angeles Community College, filmmaking at the New School for Social Research, and later worked as a photojournalist. After serving in the Army in the early 1950s, he was invited by war photographer Robert Capa to join Magnum Photos, which also included pioneering photographers Edward Steichen and Roy Stryker. In the 1970s, Erwitt expanded his work beyond photography and began making films, and both documentary and comedy television. While actively working for magazines, and industrial and advertising clients, Erwitt has created books and exhibitions of his photography. To date, he has published more than 25 photography books many of which focus on one of his favorite subjects: dogs.

“Erwitt frequently photographed the antics and loyalty of dogs, examples of which will be on display in the show,” said Haskell. “We know that our visitors will leave the exhibition not only impressed with the wide-range of images Erwitt created over the past 60-plus years, but also with a smile at his compositional wit and humor.”

As Erwitt stated about his work, “You can find pictures anywhere. It’s simply a matter of noticing things and organizing them. You just have to care about what’s around you and have a concern with humanity and the human comedy.”

“Erwitt’s profound art of observation is revealed in each of the photographs in the exhibition,” said Haskell. “We look forward to sharing the extraordinary images with our visitors.”