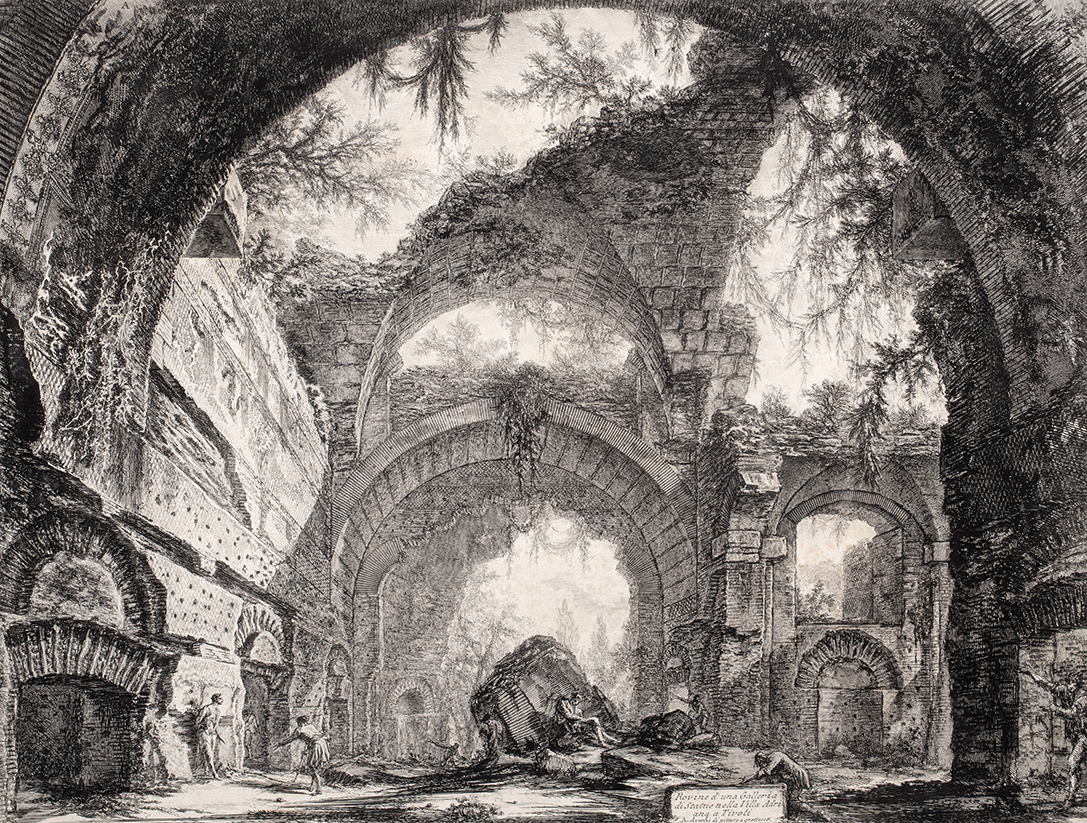 The Springfield Museums present a new exhibit: Fantastic Ruins: Etchings by Giovanni Battista Piranesi, opening March 17 and on view through July 19 at the D’Amour Museum of Fine Arts.

A biographer quoted Giovanni Battista Piranesi (1720-1778) as saying: “I need to produce great ideas, and I believe that if I were commissioned to design a new universe, I would be mad enough to undertake it.” Throughout his career, imagination and inventive ideas set Piranesi’s work apart from that of his contemporaries. Although he was trained in architecture, draftsmanship and stage design, Piranesi is best remembered for his fantastic etchings of Italian ruins.

Born and raised in Venice, Piranesi was fascinated by the ancient architecture of Rome, which he made his permanent home from 1747 until his death in 1778.  Sometimes called “Rembrandt of the ruins,” Piranesi created etchings of the city and the surrounding region that employed dramatic angles and bold lighting effects to imbue crumbling structures with vitality and romance. Travelers who embarked on the Grand Tour and passed though Rome often returned home with prints made in Piranesi’s workshop. The artist’s breathtaking views of classical architecture contributed to Europe’s collective imagination of the Eternal City. “Piranesi was one of the most important printmakers of the 18th century,” said Maggie North, Acting Curator of Art at the Springfield Museums. “The opportunity to study his work here in Springfield is a real gift.”

Drawn from the museum’s permanent collection, the Piranesi prints offer an exciting encounter with the colossal archways and elegant columns of antiquity, and an opportunity to see, up-close, the work of a master etcher. “The D’Amour Museum of Fine Arts boasts an excellent collection of American and European prints, the majority of which have been donated to the Museums by generous community members,” said Heather Haskell, Vice President of the Springfield Museums and Director of the Art Museums. “The Piranesi prints stand out among the holdings because of their size, attention to detail, and magnificent and romantic views of the Italian landscape.”

The year 2020 marks the 300th anniversary of Piranesi’s birth, and provides a special opportunity to reflect on his legacy. “Today,” said North, “Piranesi’s prints continue to offer splendid views of antiquity as seen through the artist’s 18th century lens. They continue to inspire art, architecture, history and travel enthusiasts around the world.”