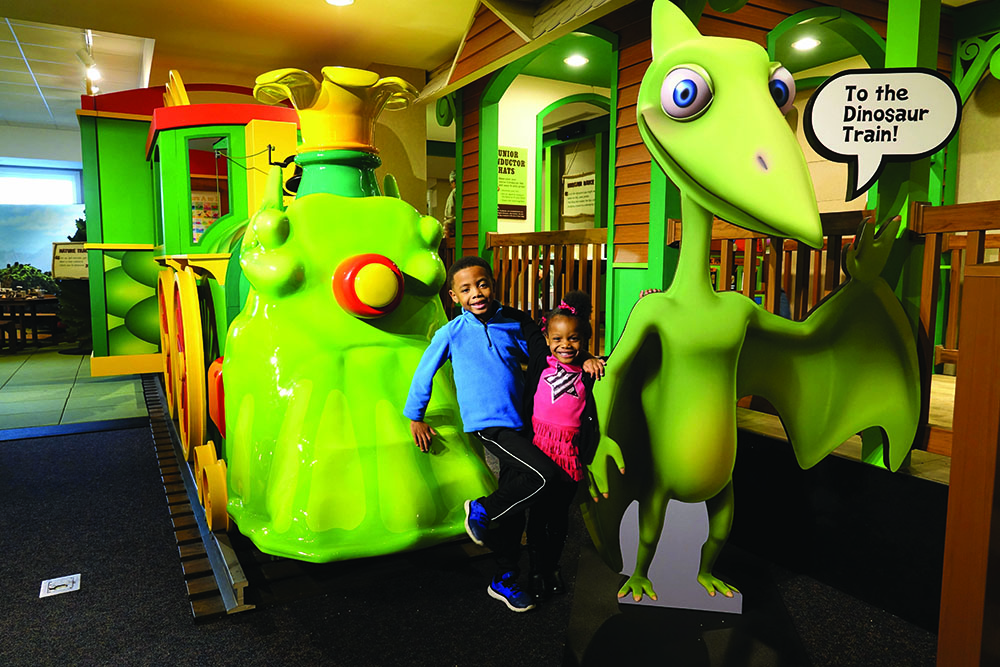 The Springfield Museums present Dinosaur Train: The Traveling Exhibit, an exhibit based on The Jim Henson Company’s popular PBS KIDS TV series. Dinosaur Train: The Traveling Exhibit features a curious Tyrannosaurus Rex named Buddy who travels the world to discover everything there is to know about dinosaurs. This new exhibit will transport kids back to the time of dinosaurs and encourage basic scientific learning through fun, hands-on activities. Created by The Magic House in collaboration with The Jim Henson Company, the exhibit opens February 1 at the Springfield Science Museum and runs through May 10.

“Springfield Museums is honored to host this new exhibit,” said Kay Simpson, President and CEO of the Springfield Museums. “For many young people, this unique exhibit could be a educational catalyst that sparks a life-long interest in science.”

Opening day for Dinosaur Train includes a Family Fun Day with tons of interactive fun, including a chance to meet Buddy the Dinosaur. The Dinosaur Train Opening Celebration is Saturday, February 1 from 10am–5pm. The activities include:

Dinosaur Train: The Traveling Exhibit, 10am-5pm
Hop on the Dinosaur Train with Buddy and travel to all three time periods during the Age of Dinosaurs to unearth basic concepts in life science, natural history, and paleontology.

Meet Buddy, 11am-2pm
Meet the lovable young T-Rex who was adopted by a Pteranodon family in this hit PBS series.

Dino-Time, 11 am-3 pm
Help build a dinosaur timeline. Which dinos lived during the each of the major three periods, Triassic, Jurassic, and Cretaceous? Why did some dinosaurs die out before others and what other creatures roamed the Earth at the same time?

Broadcast locally on Connecticut Public and New England Public Media PBS KIDS TV channels, Dinosaur Train embraces and celebrates the fascination that kids have with both dinosaurs and trains, while encouraging basic scientific thinking skills. Kids will be able to join Buddy and his adoptive Pteranodon family on a whimsical journey to unearth basic concepts in life science, natural history, and paleontology.

Dinosaur Train: The Traveling Exhibit is free with museum admission.

Dinosaur Train: The Traveling Exhibit was created by The Magic House in collaboration with The Jim Henson Company.