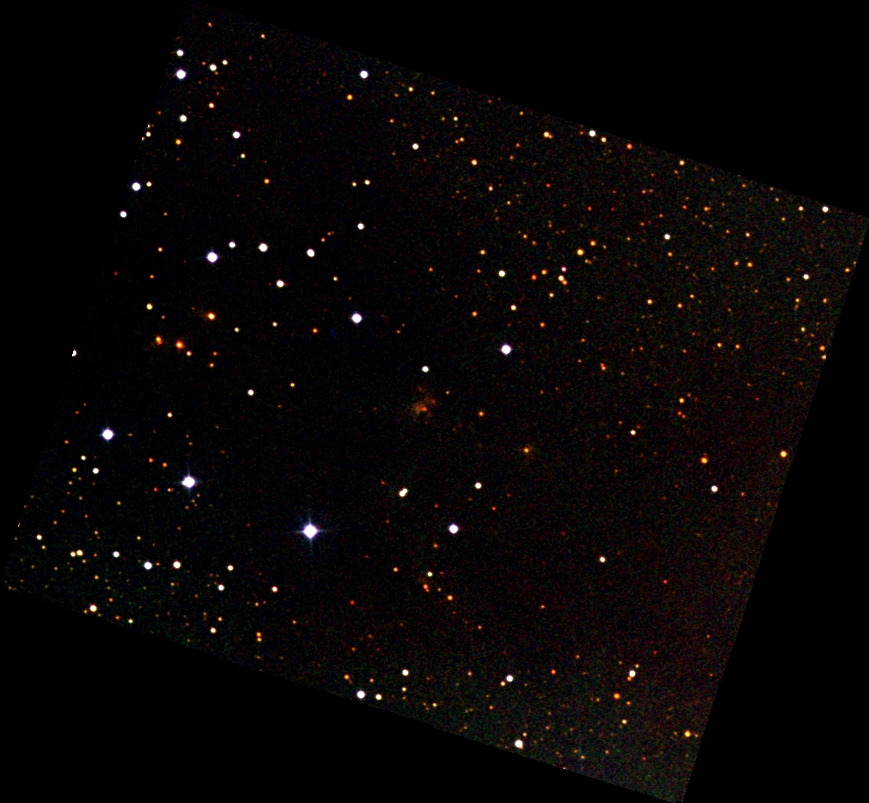 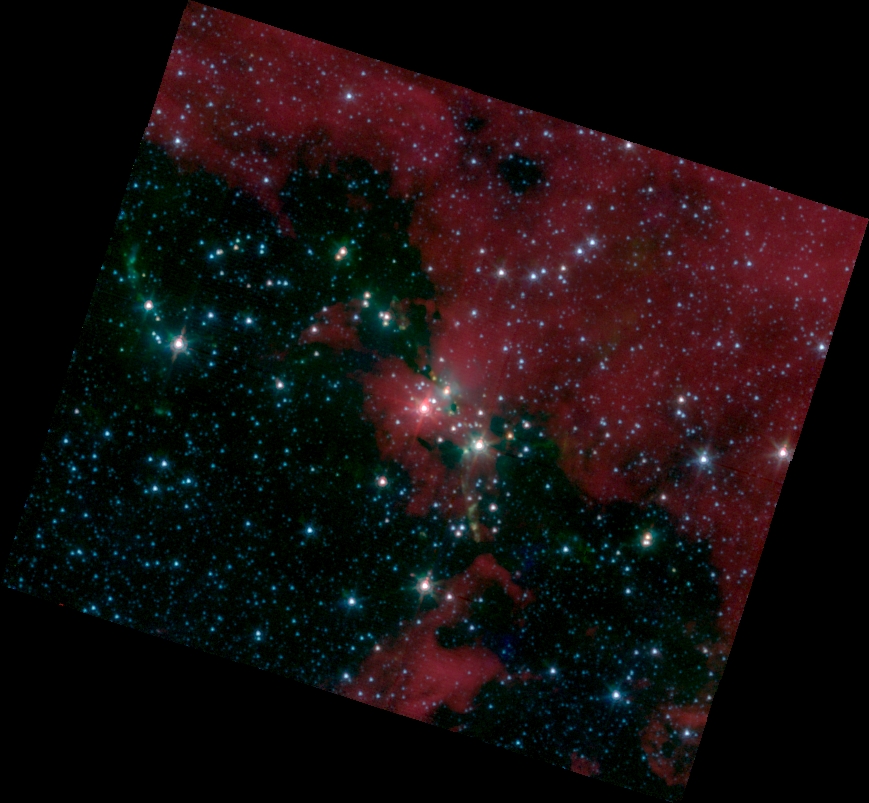 In the video Working Remotely we saw examples of how wavelengths we can’t see help us to learn about objects beyond the Earth. Robert Gutermuth, Associate Research Professor of Astronomy at University of Massachusetts Amherst studies newly forming stars using infrared imagery.

Before you can study newly forming stars, you have to find them! Stars form within clouds of dust and gas, and visible wavelengths can’t help us much. In the first image in each animated pair, a visible light image, we see stars with what looks like empty space around them.  But those inky black areas are dust clouds hiding what lies within – young stars!

Young stars emit strong infrared (IR) radiation, and this IR light passes right through the clouds. The second image in each pair, using an IR sensor, reveals a cluster of newly-forming stars within the dust cloud. The red in the images shows areas of dust that were bombarded with ultraviolet radiation from nearby stars and react by emitting IR rays.

Here are a few animated examples showing how IR images reveal activity where nothing seemed to exist in the visible light pictures. The visible light photo in each pair has dense black regions that fade to reveal groups of young stars in the IR image. Click on each thumbnail image above to see the animation.

Image 1: A molecular cloud in the constellation Cepheus

Image 2:  A molecular cloud in Chamaeleon, a southern hemisphere constellation.

Image 3:  The Coronet cluster in Corona Australis, the Southern Crown.

Image 4:  NGC 1333, a molecular cloud in the constellation Perseus.

We would like to thank Professor Gutermuth for sharing these vivid examples with us.

What’s Up with All of the Headlines about Christmas Star?