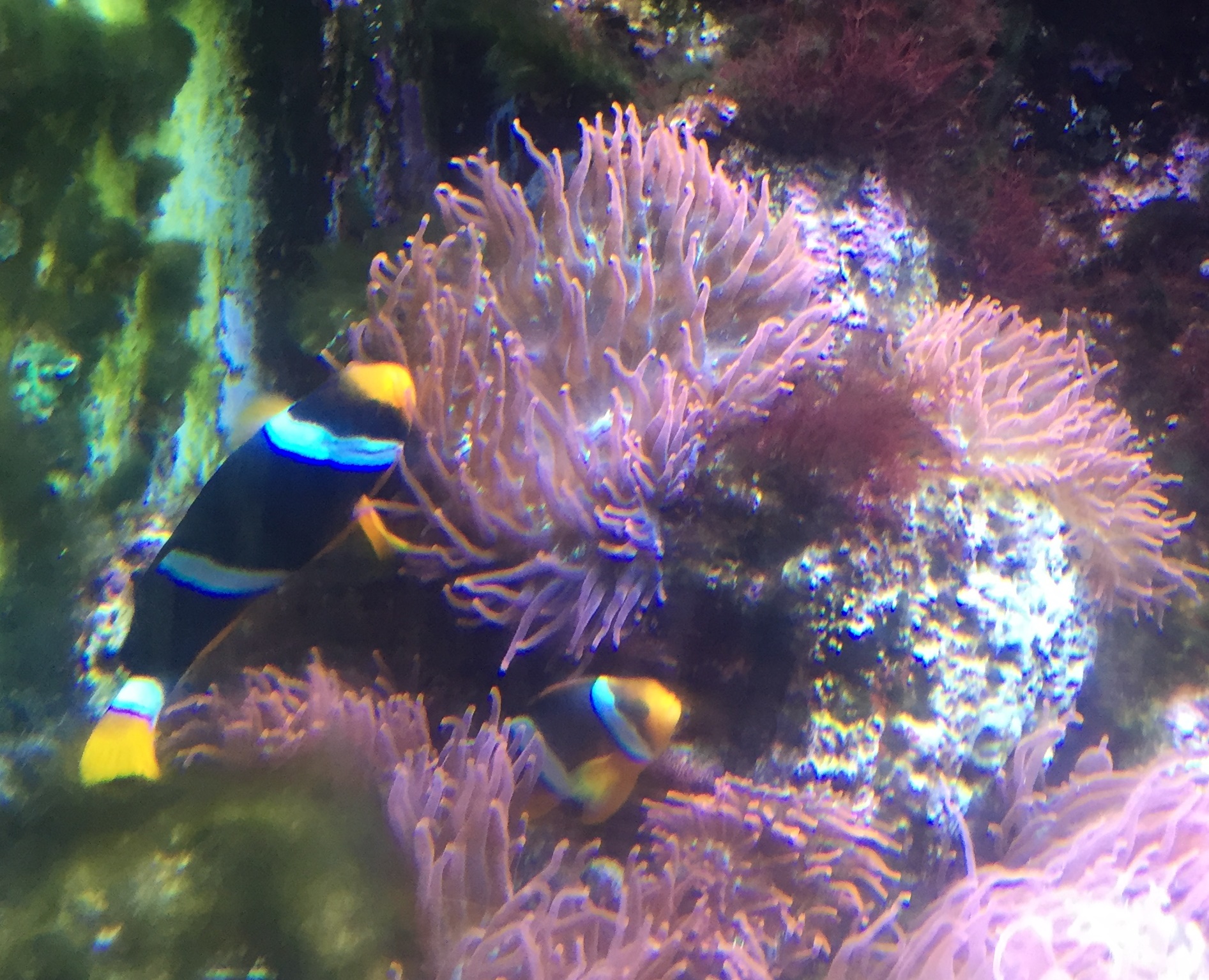 April 22, 2020, is the 50th anniversary of Earth Day. Since 1970, Earth Day has increased awareness of the planet we share with a wonderfully diverse population of living organisms. Earth Day helps encourage people to protect the Earth and to learn more about preventing pollution and climate change, and help preserve endangered species and our ecological health. As one way to celebrate Earth Day, we want to share information about one of our favorite critters: frogs. Please also visit our Virtual Earth Day Event for a more activities and ideas about celebrating the home we share.

Coral Reefs are found in the tropical regions of the world’s oceans between 30° N and 30° S latitude from the equator. The survival of corals reefs depends upon warm, clear, very 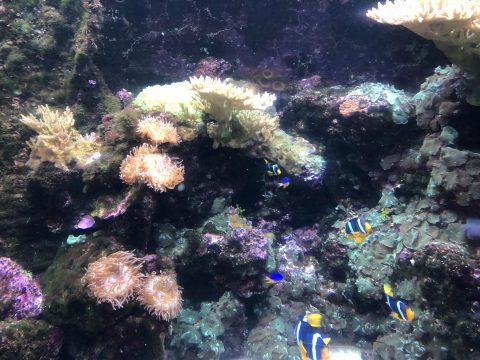 clean water, and the intense direct sunlight of the tropics.

Coral reefs are the largest structures built by living organisms. Reef-building corals and coralline algae make these massive structures of calcium carbonate. The Great Barrier Reef of Australia is so large that it can be seen from Space. In the United States off the coast of southern Florida is a portion of the Caribbean coral reefs of the Western Atlantic Ocean. Coral reefs of the tropical Indo-Pacific oceans contain the greatest diversity of fishes and corals in the world.

Living within the coral’s tissues are photosynthetic algae called zooxanthellae. This partnership is beneficial to both life forms; the algae are provided with shelter and the coral gains the organic nutrients used to build the calcium carbonate reef structure. Although corals require sunlight to live, researchers are learning that their brilliant colors also serve to protect corals from too much of the tropical sun’s ultraviolet radiation. Hard corals have internal bony skeletons of calcium carbonate. Soft corals and sea anemones lack internal skeletons.

Coral reefs support the greatest diversity of fishes of any ecosystem on the planet. The majority of coral reef fishes are modern bony fishes which are considered to be evolutionarily advanced.

Scientists estimate that 27% of the world’s coral reefs have died.  Coral reefs face many challenges for survival which include global climate change, pollution, runoff sediments from development, over fishing, and over collection of corals. 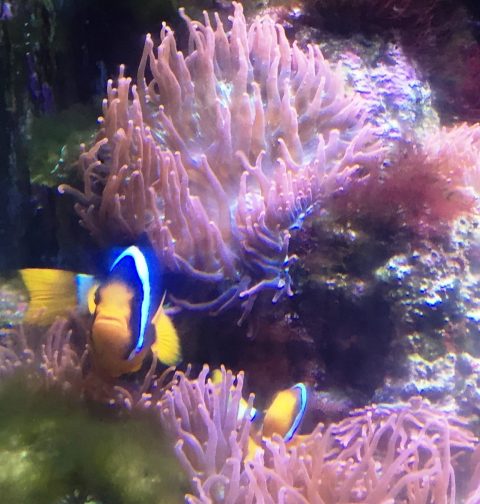 This image shows a cluster of eggs in addition to the clownfish pair.

Clownfish and sea anemones have a special symbiotic relationship beneficial to both animals. Clownfish gain protection from predators and have a safe haven for reproduction living within the stinging tentacles of sea anemones. In turn, the anemone gains protection from anemone eating fish such as butterflyfish. Clownfish will also remove parasites, and provide food and grooming for its anemone host.

Dan Augustino is the Springfield Museums Aquarist. He is responsible for the safety, health, and comfort of our live animals here at the Museums.

The International Space Station Exhibit is Soaring Along