The Springfield Art Museum is intended, in itself, to be worthy of study… No time nor money has been spared to have the building constructed in the most thorough and substantial manner.

Architect Walter Tallant Owen made this observation upon the completion of the Springfield Art Museum, now called the George Walter Vincent Smith Art Museum, in 1895.

Six years prior, in 1899, Springfield residents George Walter Vincent Smith and Belle Townsley Smith bequeathed their collection of Chinese and Japanese decorative arts, American and Italian paintings, Middle Eastern textiles, and more, to the city, on the condition that a suitable building could be constructed to house these treasures. The city obliged and the resulting museum building was lauded as work of art.

When the museum building opened to the public, it boasted numerous modern innovations. In addition to fire-proofed walls, the structure included 14 large skylights, and was outfitted for gas as well as still novel electric lighting. Beautiful tiles and ornate woodwork adorned the lobby and quality craftsmanship was evident throughout each gallery and lecture hall.

The design for the building’s exterior, planned with care and much input from the Smiths, was greatly admired by visitors. Featuring orderly columns and decorated arches, the architecture was inspired by the George and Belle’s love of Italy, where they lived between 1882 and 1887. Drawing from Florentine and Venetian prototypes, the modeled terracotta façade was intended to be both beautiful and symbolic, denoting the educational ideals and artistic aspirations of the museum within. 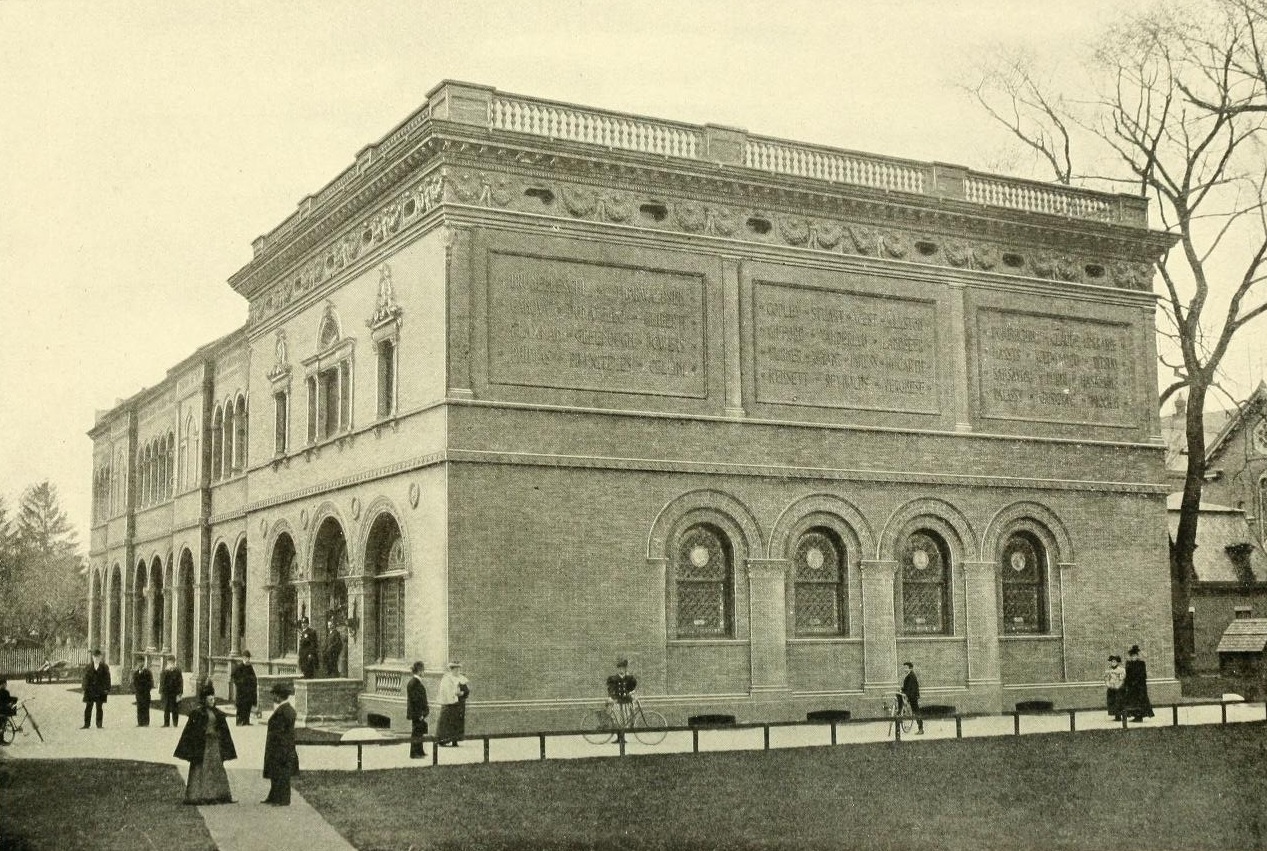 As if to encourage a close reading of the façade, the names of famous painters, sculptors and artisans are literally emblazoned in bronze on the north, south and west sides of the building. Honoring American, European and Japanese makers, these names do not represent the breadth of the collection, but rather the idea of great art itself, as it was conceived by George Walter Vincent Smith and his contemporaries.

Even the shimmering stained glass windows that surround the building, only existing Tiffany windows created specifically for a museum building, contain legible symbolism. The glistening windows in the lobby celebrate the disciplines of art, science, and literature, while a section of newly restored windows on the second floor include images of publisher’s seals, indicating that the space within was originally the museum’s art library.

Today, the George Walter Vincent Smith Art Museum continues to serve as a historic and harmonious jewel box for the treasures within. Inside and out, the building continues to celebrate excellence, learning and beauty. 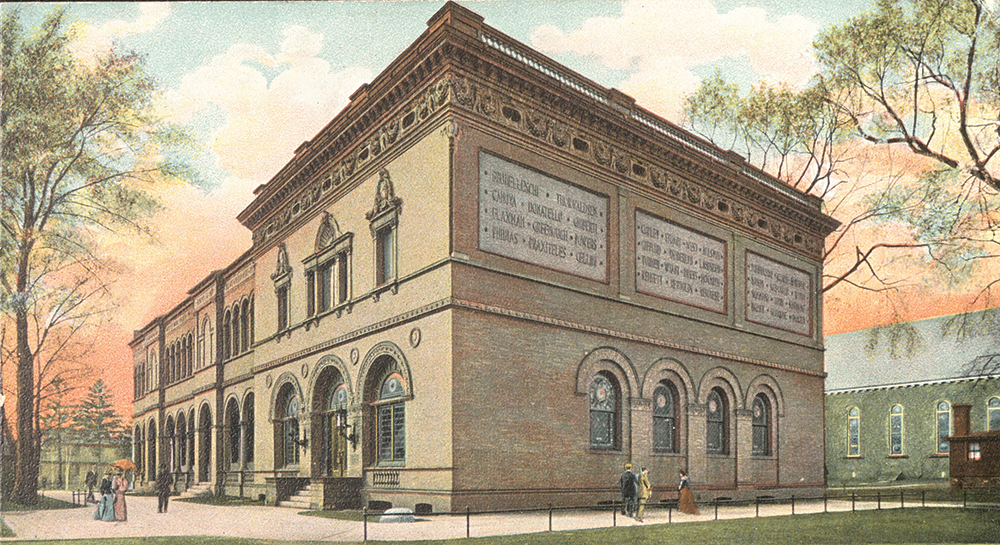 In addition to housing art collections, the museum stewards hundreds of photographs and documents that tell the story of Springfield’s first art museum and offer insights into the lives of its benefactors.

Maggie North is the Curator of Art at the Springfield Museums.

April 2021 Treasures at the Springfield Museums