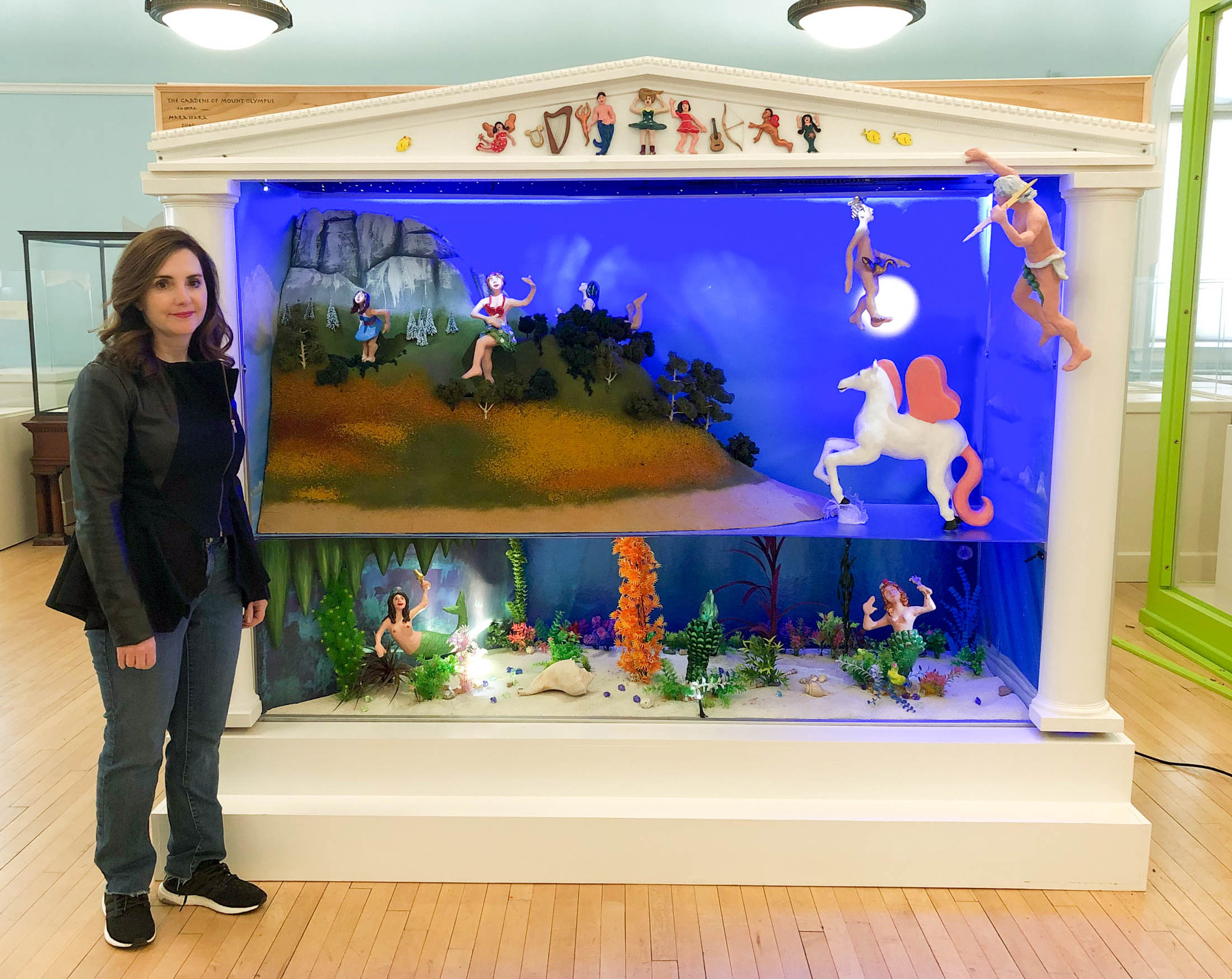 The Springfield Museums’ new acquisition In the Gardens of Mount Olympus, by Mara Sfara, is a playful and quirky sculpture that moves—that is, the sculpted gods and goddesses depicted in the theater-like tableau move. They soar across the stage suspended in the air, sway back and forth, or around and around. One noteworthy figure even exposes her backside once a rotation. “That is Athena,” explained Sfara. “She is actually mooning Zeus.” The reason for her ire is Zeus’s bad behavior—he is positioned across the stage from Athena, with a wry smile on his face and a lightning bolt in hand, ready to wreak havoc. His wife, Hera, is depicted on the frieze at the top of the sculpture. “She races through the universe trying to catch her philandering husband Zeus,” Sfara said. “Hera knows it’s just not easy to catch up to Zeus.”

Sfara said she created the work as a “Modern Mythological Fantasy Epic World” that adapts and recreates ancient myth so it is relatable for modern day viewers. Inspired by a concern that standard schooling does not truly allow a child to freely create, this kinetic sculpture encourages the imagination to run wild.

Combining visual arts, dance, and music Sfara offers the viewer an opportunity to create their own story using her cast of characters. Meet the crew below and see them in action when In the Gardens of Mount Olympus opens on Friday, June 21, in the George Walter Vincent Smith Art Museum’s Plaster Cast Gallery.

Who's Who In the Gardens of Mount Olympus 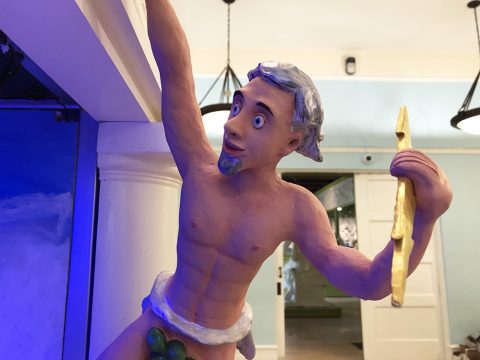 He is the leader of the pack. Oh mighty Zeus with his thunderbolt, ruler of the Gods, life of the party. Get in his way and he will zap you. He is occasionally a sketchy ruler. His love of fun and women is limitless. 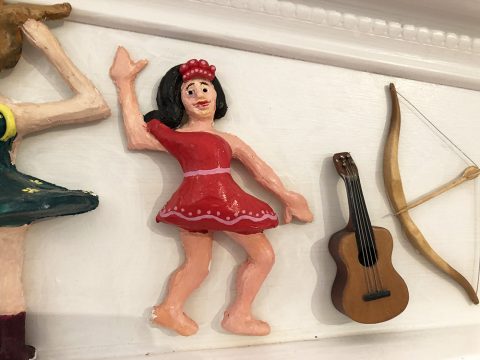 Up on the frieze the wife of Zeus is dancing in the breeze. She races through the universe trying to catch her philandering husband. Hera knows it’s just not easy to catch up to Zeus. 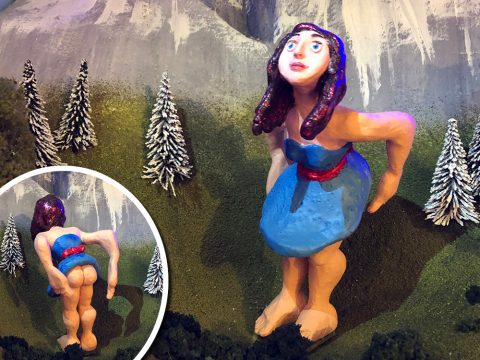 Goddess of wisdom. The great wisdom Athena begets is to moon Zeus for his misbehavior. 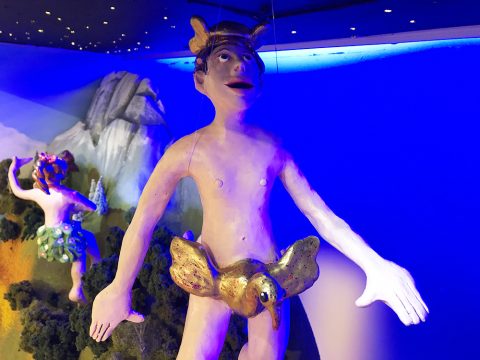 He is the messenger of the Gods High above in the skies Hermes flies. He knows all the secrets in the world. What will Hermes do with your secrets? 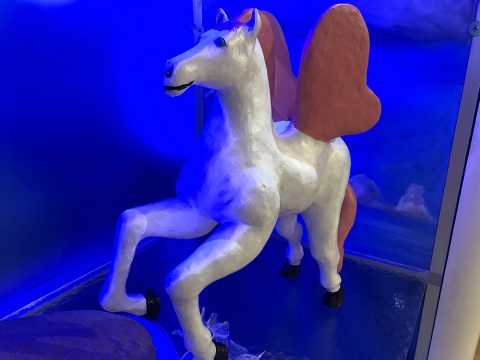 How incredible can a Horse be? The magical winged horse flies through the skies carrying thunderbolts. He is a splash of a horse! 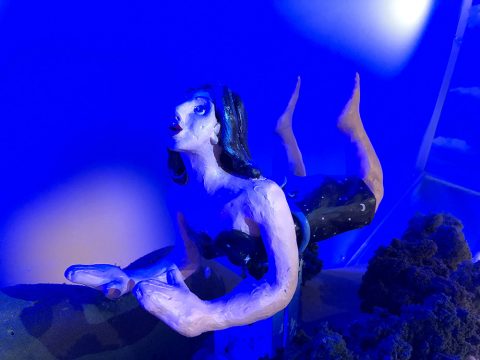 Goddess of the night, great beauty—with starry eyes and stars on her dress; a goddess who scares even Zeus. From night comes Day. 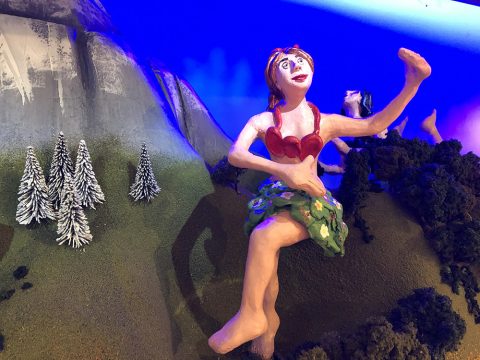 Joy and happiness emanate from the goddess, dancing in the day. 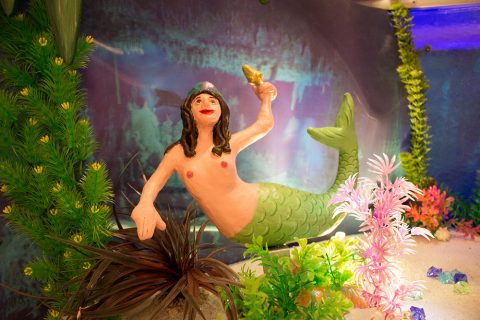 Queen of the Seas. She is definitely a sideways mermaid. If you look at Amphitrite the wrong way, she will splash you the right way. 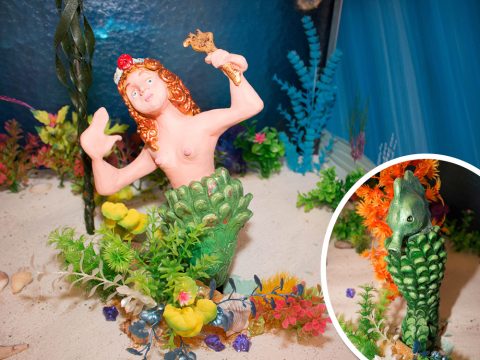 Mermaid with the Trident

The gorgeous mermaid has the voice of an angel. Her beauty and godlike presence surpasses all women on earth. She distracts men and lures them to the sea. Warning, warning all guys and ladies: watch out for your boyfriends and husbands.

The seahorses are beautiful and good; they protect the ocean. 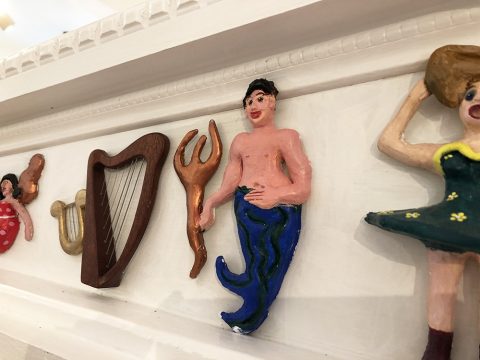 Up on frieze, you can find the ruler of the seas. He is sick and tired of being dwarfed by Zeus. Poseidon, Hera, and Athena, all want to teach Zeus a lesson. Wish them luck!