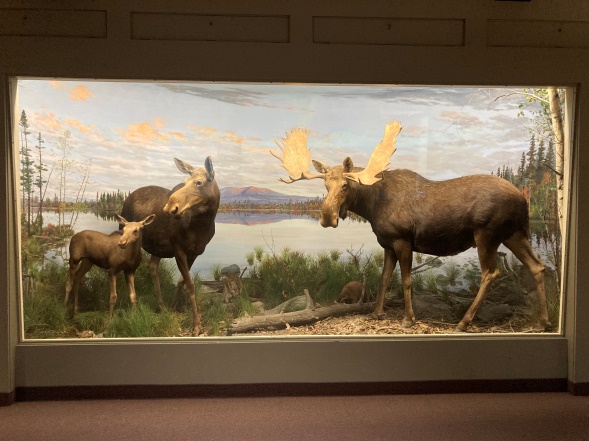 Welcome to Mammal Hall in the Springfield Science Museum!

The North American Moose is a Mammal.  Mammals have some distinct characteristics.  Most mammals have hair or fur, are warm blooded, give live birth, breath air through lungs, mothers produce milk, and have seven vertebrae in the neck. Moose are also Herbivores and prefer to eat plants such as the water lily. This species of moose is found in the northern sections of North America including the United States, Canada and Alaska.

Moose are the largest member of the deer family. They have large antlers which can weigh up to 40 pounds, and measure up to six feet wide. Only the Bull Moose has antlers.

Antlers differ from horns. Antlers are shed or fall off each year and regrow, whereas horns are not shed.

Joel Cummings is a science docent at the Springfield Museums.