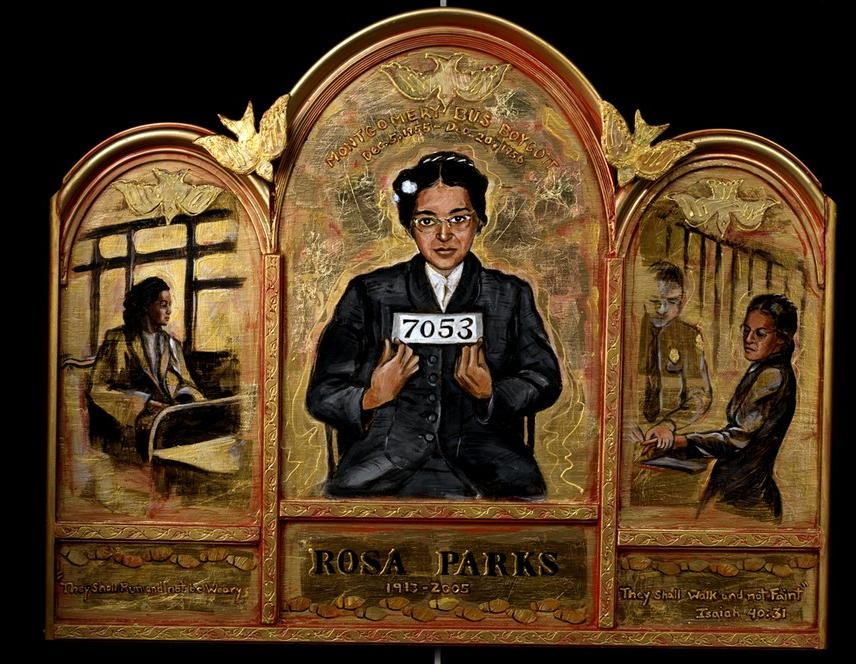 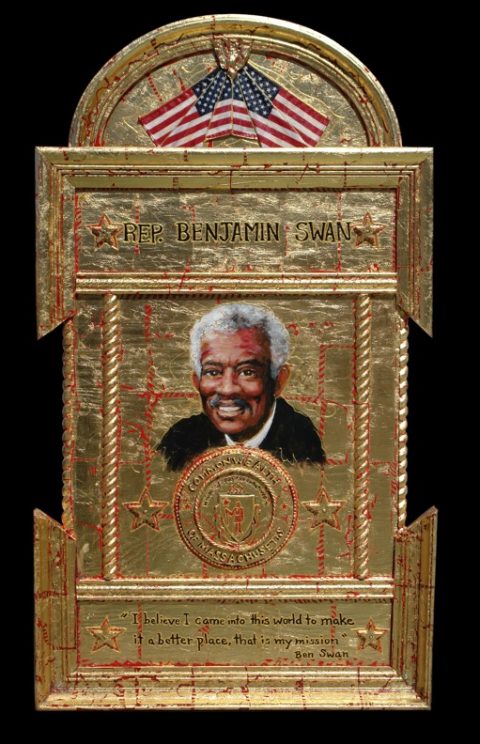 This exhibit features nineteen of the artist’s icons, including two on loan from Trinity United Methodist Church and Green Mountain College.  Included are portraits of Martin Luther King Jr., Emmett Till, Rosa Parks, Ralph David Abernathy, Julian Bond, Fannie Lou Hamer, Harry Belafonte, Jeffrey Brace, and State Representative Benjamin Swan, among others. The exhibit also includes a film about the development and evolution of this project.

Chatterton-Purdy, who has been deeply involved in the struggle for civil rights for over forty years, tells the stories of some of the Movement’s most important leaders through this series of iconic works. By using wooden panels constructed to look like medieval alter-pieces, or icons, and then painting portraits surrounded in gold, the artist has been able to tell those stories through works that evoke a deeply emotional, and perhaps even spiritual response.

Chatterton-Purdy has commented that what led her to employ this format was her feeling that “the Civil Rights Movement, and the power of its non-violent nature, led me to believe that there was a ‘Holy Spirit’ dimension to this movement… that somehow these ordinary people knew that they were the beloved and precious children of God despite a segregated world that was telling them otherwise.”

Guy McLain, Director of the Wood Museum of Springfield History, commented that “We are extremely pleased to be able to feature this exhibit in the museum and honor these brave individuals. Although the battle for true racial equality is far from over, this exhibit reminds us that we can draw inspiration from this first group of individuals who showed such courage and fortitude in order to bring about major social reform.”

On Sunday, January 15 at 2 p.m., Chatterton-Purdy will give a talk at the Wood Museum of Springfield History, sharing her personal insights into her work and her personal belief in the arts as a vehicle to achieving a more peaceful world.

MassMutual is the 2016-17 Season Supporter of the Springfield Museums.