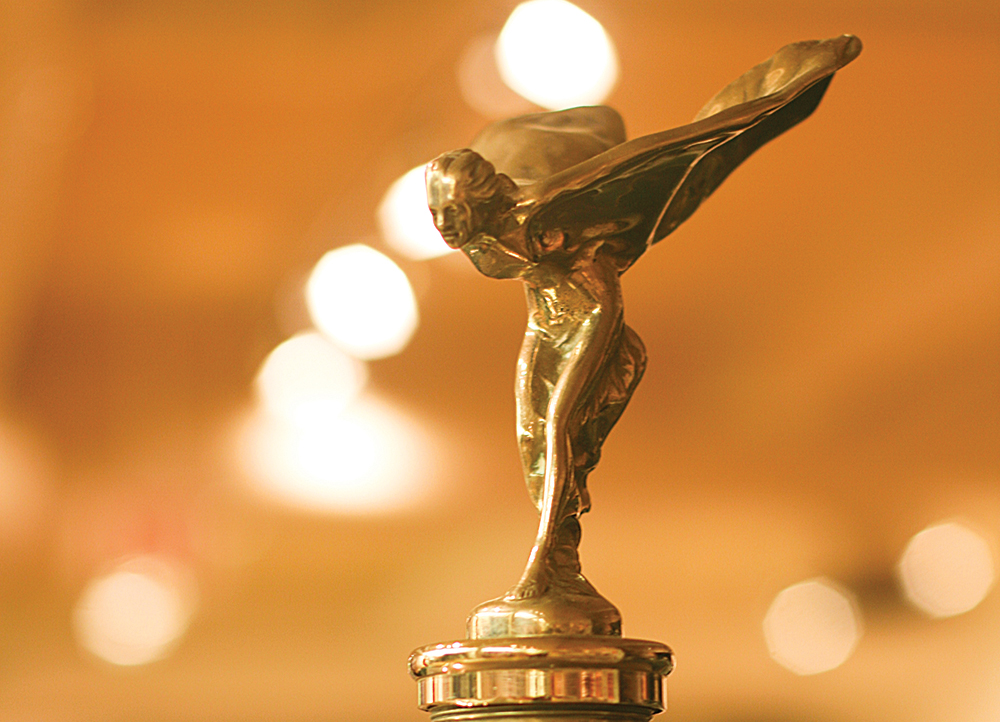 A decade ago, to announce the Springfield Museums’ newest museum, The Republican featured a front-page photograph of a 1928 Springfield-made Rolls-Royce. The magnificent car was a gift from M. Allen Swift, which had pride of place in the brand-new Lyman and Merrie Wood Museum of Springfield History. It was soon joined by another Springfield-made Rolls-Royce, the 1925 Silver Ghost previously owned by Friendly Ice Cream co-founder S. Prestley Blake. The first The first new museum on the Quadrangle in seventy-five years, the Springfield History Museum was poised to celebrate the rich history of innovation and entrepreneurship in the city General George Washington pinpointed as a crucial crossroad for the independence of our nation. Ten years later, the museum continues to shed light on the City of Firsts and salute the ongoing spirit of cooperation, innovation, and quality workmanship that make Springfield thrive.

Sunday, October 13, from 10 am to 2 pm, the Springfield Museums will celebrate not only the 10th anniversary of the Wood Museum of Springfield History but also the 100th anniversary of the opening of the American Rolls-Royce Factory right here in Springfield. Mayor Domenic Sarno will declare October 13th Rolls-Royce Day. The festivities will include a tour of the Wood Museum of Springfield History’s automobile collection at 11 am, led by docent Jerre Hoffman, and a book-signing by Pres Blake, a proud Rolls-Royce owner and co-founder of Friendly Ice Cream.

In the early 1900s UK-based Rolls-Royce recognized the United States as a fertile market for their automobile. When they considered where to manufacture their American-made cars, they chose Springfield, Massachusetts, not least because of the abundance of skilled workmen. To this day, Springfield is the only place outside England that Rolls-Royce cars have ever been built.

“The RROC Yankee Region is very excited about our participation in the centennial celebration of The Rolls-Royce Factory in Springfield.” said Gus Niewenhous, Chairman of the RROC Yankee Region. “The Springfield Factory was the only location in the world outside of Great Britain where Rolls-Royce Motorcars were produced. We are honored to partner with the Springfield Museums to commemorate such a significant milestone.”

Few companies personify the marriage of manufacturing and artistry as graciously as Rolls-Royce. Come see Sunday, October 13, when members of the Yankee Region of The Rolls-Royce Owners Club bring their magnificent cars to the North Lawn of the Museums. Special guest lectures and memorabilia displays will round out the day.

About M. Allen Swift and his Phantom I, S273 FP 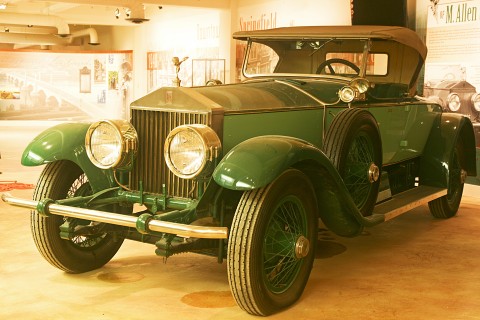 The late M. Allen Swift of West Hartford, Connecticut, was known for his dedication to the family gold leaf business, M. Swift & Sons. Born in 1903 and growing up during the budding automobile era, he had a natural interest in cars. At the age of twenty-four he obtained his first automobile, a 1917 Franklin. His second car was a Marmon. He next acquired the automobile which made him famous among Rolls-Royce collectors, the 1928 Phantom I, S273 FP which he owned for 77 years.

The car was a gift from his father on his 26th birthday in return for his staying with the family business, thereby enabling his two younger brothers to pursue college educations. He was allowed to pick any car he wished and he chose Rolls-Royce. Thinking it the best car made, he confirmed this after a visit to the Springfield factory where the American version of Rolls-Royce was manufactured. Swift commented in a 2003 interview:

“Someone had advised me to go to the Springfield plant and I did. I went all through it and watched them making the parts. It reinforced my idea that it was well made. I saw all the ways they tested the cars. Every engine was tested. Then when they got the engine finished they set it up on a concrete block and ran it a specified number of times and a specified number of hours …. Someone would come around periodically with a stethoscope and listen to it and so forth. Then it was completely dismantled and checked and reassembled and put back in to the chassis. Then a bench was mounted on the chassis and a test driver drove it 200 miles before it was released..”

After he selected the car he chose a Piccadilly body made by Brewster & Co. Coachworks, NY, a well-known chassis maker of the day. He chose two-toned green, and he had his initials placed on the doors.

After he purchased the car, Swift visited the Springfield plant several times for service, adding that they were always very helpful. He also did some of his own maintenance, changing the oil, and once taking the engine apart. Reportedly the vehicle never broke down. Mr. Swift used the car for his daily commute until 1958. He also made many long- distance trips. He estimated that by 2003 the car had 172,000 miles on the road.

About the Lyman and Merrie Wood Museum of Springfield History

The Lyman and Merrie Wood Museum of Springfield History is known for its local history research facilities, its comprehensive program of changing exhibitions, its diverse educational offerings, and it’s wide ranging collections illuminating the history of the Connecticut River Valley.

Among its permanent exhibits, the 40,000 square foot museum highlights:

The museum’s atrium space has made it possible to bring in large-scale exhibits that feature hands-on, immersive fun along with enlightening historical information. Last year, the Museums brought in Toytopia—a larger than life history of toys. “Toytopia offered common space for whole families play and share stories about beloved toys,” said Kay Simpson, President and CEO of the Springfield Museums. “The exhibit also let us talk about Springfield’s own Milton Bradley, whose innovative Checkered Game of Life gave rise to the board game industry in America.”

On October 26, the atrium will house a new interactive exhibit, Sweet: A Tasty Journey, which features another Milton Bradley creation: Candy Land. “Sweet is a celebration of innovation and entrepreneurship, themes that are in perfect harmony with the Wood Museum of Springfield History,” said Maggie Humberston, Curator of the Museum Library and Archive. “We will be opening a complementary exhibit called Sweet on Springfield: Our Confection Connection in just a few weeks to highlight the many candy and sweet manufacturers and artisans from Springfield.”